PHUKET: Phuket people who leave the province and return now face having to undergo a rapid antigen test to return home if they are unable to prove they are fully vaccinated or present a COVID-free certificate issued within 72 hours of arriving. 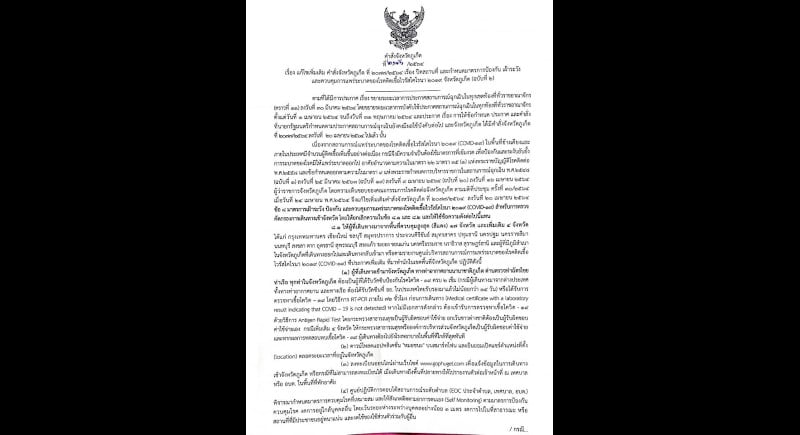 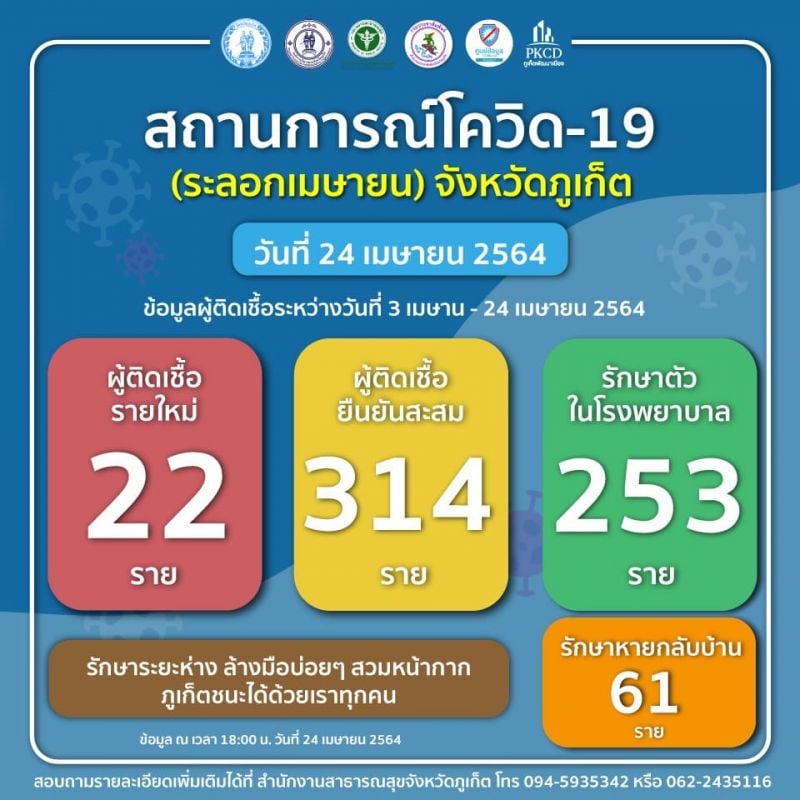 The news was announced by Phuket Vice Governor Pichet Panapong yesterday (Apr 24), with the official order posted online just after midnight (at 12:15am) last night.

The official order, signed by Phuket Governor Narong Woonciew, is marked to remain in effect until at least Apr 30.

Under the order issued by Governor that came into effect on Wednesday (Apr 21), all people arriving from red zone provinces must have completed two doses of a COVID-19 vaccine recognised by the Thai FDA or the traveller must have been tested for COVID-19 by RT-PCR within 72 hours before departure and be able to prove this with a medical certificate.

If the traveller is unable to provide either document, they "must be tested for COVID-19 by Antigen Rapid Test”, the new order issued last night repeated.

Of note, Phuket was named as one the original 18 ‘red zone’ provinces for COVID-19 infections in the “re-categorising” of all provinces in the country by the Center for COVID-19 Situation Administration (CCSA) on Apr 16.

However, before now, Phuket officials did not consider Phuket as a province to be included on the rapid test requirement list.

Vice Governor Pichet explained that the meeting of the Phuket Communicable Disease Committee held yesterday was an “urgent meeting”.

“It appears that now provinces in South, which can easily be travelled to from Phuket by car, are experiencing an increase in the number of infections of COVID-19, especially in three provinces, namely Narathiwat, Surat Thani and Nakhon Sri Thammarat,” he said.

“Meanwhile, Songkhla and Prachuap Khiri Khan were already among the 17 ‘red’ maximum control provinces for Phuket,” he added, using the national government’s label for red zones.

“There are some citizens who may leave Phuket to these ‘maximum control’ risk areas and come back by car, which is difficult to determine whether they are from a vulnerable area.

“Therefore, the Phuket Government aims to solve the problem by focusing on the national ID card. If a person is found with an identity card from Narathiwat, Surat Thani, Nakhon Sri Thammarat or Phuket, they must go through the Antigen Rapid Test process [sic] at the Tha Chatchai Checkpoint,” Vice Governor Pichet explained.

“For operations at Phuket Airport, all travelers entering Phuket province [via the airport] are already checked,” he said.

At the time of the meeting of the Phuket Communicable Disease Committee at Phuket Provincial Hall yesterday afternoon, Phuket still had 292 confirmed cases of infection.

By 6pm last night, the Phuket Provincial Public Health Office reported that 22 new cases of infection had been confirmed, bringing the total number of officially recognised infections during the current outbreak to 314.

Of those, 253 people remained under hospital care, wheil the number of people released from hospital care in the previous 24 hours had risen to 60. One person had been transferred to Bangkok for treatment, the PPHO noted.

Vice Governor Pichet yesterday also confirmed that from April 3-23, a total of 5,486 people at risk of infection had been screened for the virus. Of those, 5,194 people tested negative.

He also confirmed that Phuket has a total of 440 beds available for COVID patients under medical care: 262 of the beds are already occupied, and the remaining 178 beds remaining waiting for use, he said.