PHUKET: Thais facing mandatory rapid tests on arriving in Phuket from any of the 17 ‘red zone’ provinces will be tested for free, while foreigners will have to pay for the compulsory test. 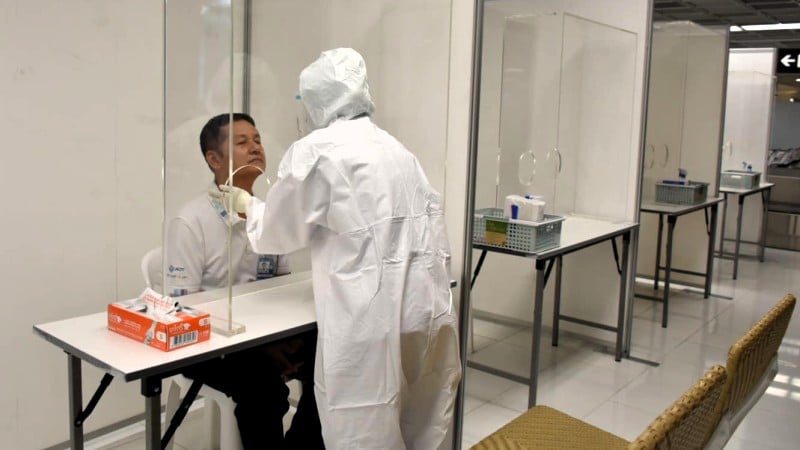 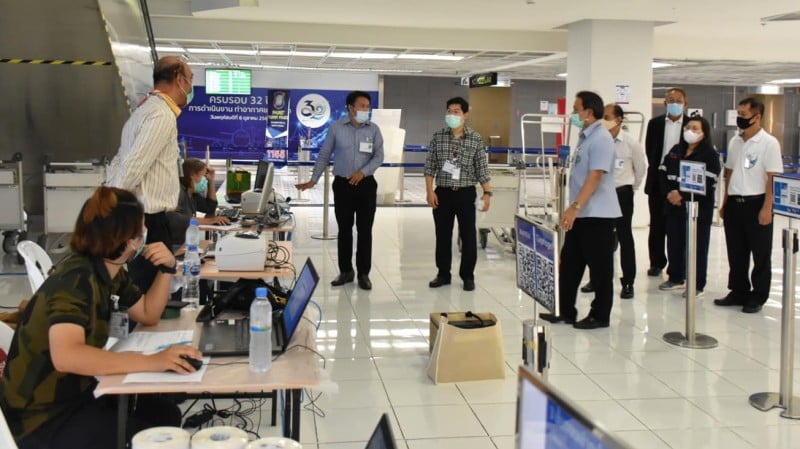 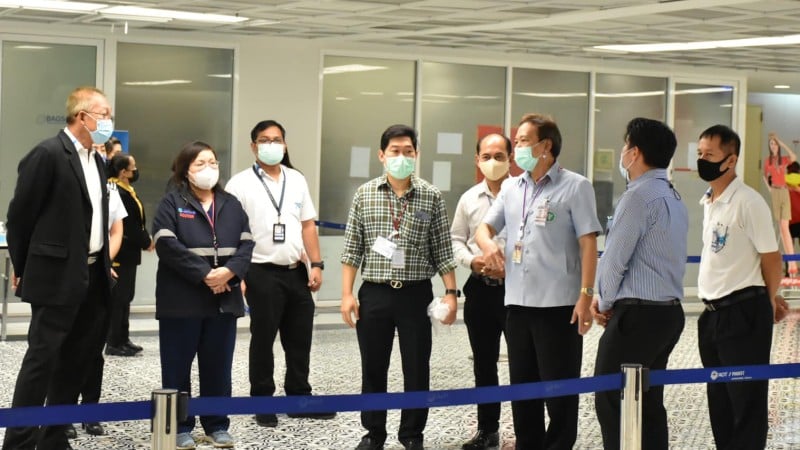 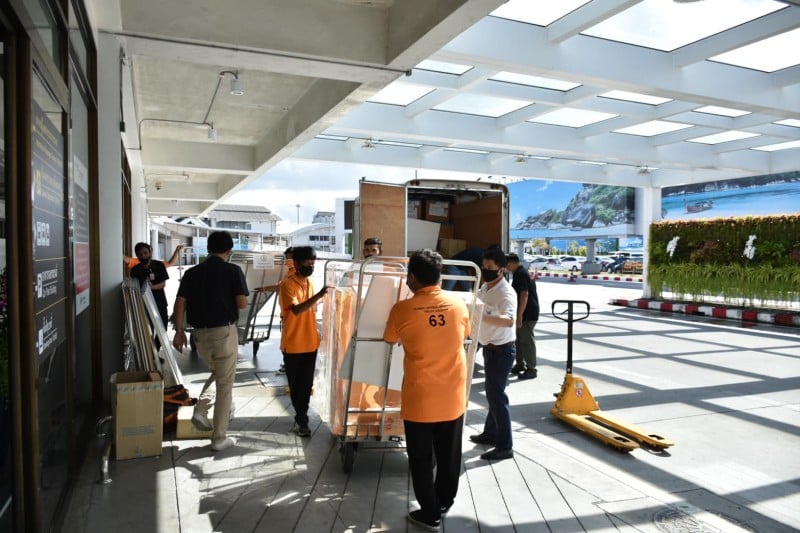 The test will cost B500 each time, confirmed an official notice posted by Phuket provincial authorities this afternoon (Apr 21).

Under the latest order, issued by Phuket Governor Narong Woonciew yesterday, all arrivals from the 17 ‘red zone’ provinces who are unable to prove that they are fully vaccinated or unable to prove they have tested negative for COVID-19 within 72 hours before arriving must be cleared by an ‘Antigen Rapid Test’ before being allowed onto the island.

The compulsory test does not apply to any people arriving from the 59 other provinces, officially designated “orange zones”.

V/Gov Vikrom explained today that initally the test was to cost B300 per person.

“At first, for the rapid testing, we released an order that people taking the rapid test have to pay B300, but our PPHO Chief, Vachira Phuket Hospital Director and PPAO President spoke with the Secretary-General of National Health Security Office (NHSO), who has approved to provide free test for Thais people,” V/Gov Vikrom said.

However, no explanation was given as to why, when Thais were also to pay for the test the cost was B300, and now that only foreigners will be required to pay, the “cost” of the test has risen by more than 60%, to B500.

“Right now, Phuket has only flights from the airports located in red zone provinces, so all arrivals at the airport must face a rapid test upon arrival,” V/Gov Vikrom said.

Of note, the notice posted in English today said that arrivals from red zone provinces who were unable to prove they were fully vaccinated AND tested negative for the virus within 72 hours of arriving would be required to take the rapid test.

However, the actual order signed by Governor Narong posted yesterday and the Thai version of the notice posted today clearly state that arrivals from red zone provinces who were unable to prove they were fully vaccinated OR prove that they tested negative for the virus within 72 hours of arriving would be required to take the rapid test.

The Phuket News has yet to confirm which definition is deemed to be accurate by Phuket officials.

As for arrivals from the 17 red zone provinces arriving in Phuket by land, V/Gov Vikrom said. “Arrivals from only the 17 zone provinces must do a rapid test at the Phuket Check Point [at Tha Chatchai], except if they have been fully vaccinated with two jabs or swab tested within 72 hours.”

“For those who come by buses or vans, we have prepared a building for rapid testing in order to reduce congestion,” he said.

“Every person [arriving in Phuket] must register on www.gophuget.com, install the MorChana app and report to officers of an Emergency Operation Center (EOC),” he added

During the briefing, Vachira Phuket Hospital Director Dr Chalermpong  Sakontapol assured that the rapid test to be used was highly accurate.

“The rapid test is a standard test with high accuracy. The test has about 90% accuracy for finding the virus. It produces only 10% false negatives, which are people who are actually positive but the test shows negative. The 10% is a very low number. The test has been used in some provinces,” he said.

“Medical staff have to do a nasal swab test for arrivals and drop the sample on the tester. The testing alone will take about 15 minutes, but it may take up to 30 minutes for the whole process,” Dr Chalermpong added.

“The NHSO has spent about B40 million to support the rapid testing in Phuket,” he noted.

V/Gov Vikrom also explained that the ban on diving and snorkelling had also caused some issues.

“We have received a lot of questions about the prohibition of snorkeling and diving. I want to explain that we have to give such an order because during this outbreak we have had about 10 cases of infections where they people infected had gone diving together,” he said.

“However, at this stage, you all can get on a boat with social distancing, go to islands and enjoy the beaches. You must avoid using snorkeling equipment together,”  V/Gov Vikrom added.

Among the cases, 250 cases are now in hospitals in Phuket, one case has moved to receive treatment in Bangkok, and six have been discharged, reported the Phuket Provincial Public Health Office (PPHO).

The PPHO also continues to publicly release timelines of confirmed cases movements so that the public may check whether they are at risk.

The latest timelines, all in Thai language only, cover cases 197-210 (click here).

The PPHO this evening also released an updated map showing the location of confirmed infections across the island. Although the map is dated today, it shows only 248 infections, as follows:

Meanwhile, the Centre for COVID-19 Situation Administration (CCSA) has isused a warning for people who do not follow the disease control measures, as follows.

Medical staff of private hospitals that declined to provide treatment to COVID-19 infected people shall face up to two year imprisonment or up to B40,000 fine or both.

Whoever does not give cooperation to disease control officers by not giving their timeline of movements shall be fined up to B20,000, while whoever gives false information of their timeline shall face up to six months imprisonment or a fine of up to B10,000 or both.