PHUKET: Phuket Governor Narong Woonciew has extended the order for the current COVID prevention measures to remain in effect until May 12. 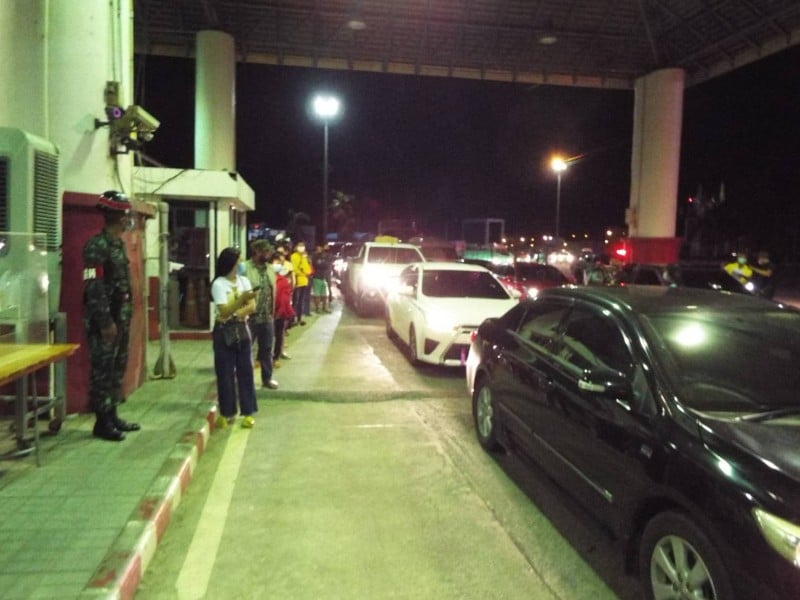 The new order was posted online by the Phuket office of the Public Relations Department (PR Phuket) after 7pm last night.

For the benefit of native English speakers, PR Phuket re-posted the English-language version of the previous order, issued on Apr 20 and marked to remain in effect until tomorrow (Apr 30), yesterday.

The re-posting of the order followed a meeting with 14 consuls and embassy representatives on the island on Tuesday at which Phuket Immigration warned that foreigners caught ignoring COVID prevention measures and acting in a manner deemed to be not “socially responsible” will face legal penalties and may even have they permit to stay in the country revoked.

“This disease control is standard applicable to tourists and people living in Phuket regardless of their nationality. Offenders will be subject to legal punishment, including consideration of permission to stay in the Kingdom.” the official warning stated.

Under the extension order, all pubs, bars and other “entertainment” venues are now ordered to remain closed until May 12.

All in-person classes at any educational institutions, including language schools, are prohibited, except academic testing.

Mass gathering activities approved by officials must now be limited to 30 participants,”unless authorised by the competent official, or is an activity performed by a competent official, or is an activity in an area designated as a quarantine facility. Any such activities that are authorised must follow COVID protection measures.”

No permits are to be issued to permit any form of gambling, including cockfighting, fish fighting, Thai boxing and the playing of card games, where the holding of any such activity involves spectators in person, as well as training.

Phuket Check Point at Tha Chatchai is to be closed from 11pm to 5am each night.

No person or vehicle may enter the province by road during these hours, except ambulances, vehicles transporting essential goods and medical supplies, and any other persons and vehicles given special permission.

Drivers who are fully vaccinated or who have tested negative by RT-PCR or rapid antigen test within 72 hours of arrival are permitted to enter the province during the specified hours, the order noted.

The same rapid test requirements ‒ and exemption conditions ‒ also apply to all people in Phuket who travel to another province and return.

Foreigners are still required to pay for any mandatory rapid test required, while the test remains free for all Thais.

“And if the test results show COVID-19, the traveler must go to the nearest hospital immediately,” the order mandated.