PHUKET: The noodle vendor shot on Bangla Rd by a drunken off-duty police officer on Tuesday has showed signs of recovery, but remains under close care in the intensive care unit (ICU) at Vachira Phuket Hospital. 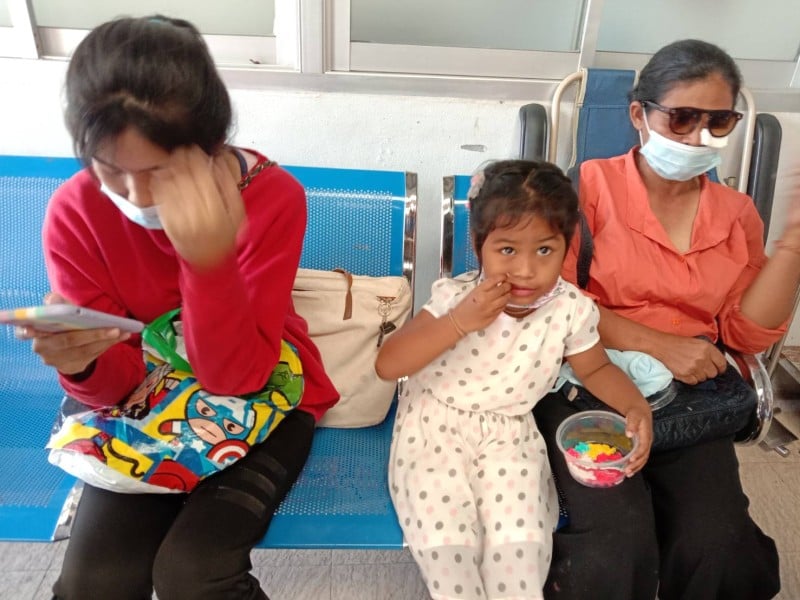 Aroon Thongplab was shot in the stomach by Cpl Pornthep Channarong of the Phuket Provincial Police just before 6am on Tuesday while he was walking along the street after collecting a noodle bowl from a customer.

“My husband is now conscious and he has already opened his eyes. He can respond to the doctor, but is unable to speak. He can feel a touch on his arms, but has no feeling in his hands,” Mr Aroon’s wife, Kulthida Chananan, told reporters at the hospital yesterday (Feb 24).

“The doctor said the bullet damaged his spine. We have to wait and see if he will be left disabled,” she said.

“Today when I entered the room to see him, he looked much better than before,” Ms Kulthida said.

Ms Kulthida was at the hospital with her and Mr Aroon’s two children. They have a daughter who is 4 years old and a 4-month-old son.

“Doctors say that my son has regained consciousness, but he still needs to be in the ICU, where relatives are not allowed in,” Ms Nuanchan said.

“This morning, I thought of my ancestors and asked them to help my son, and before he was shot, I dreamed of him returning home,” she added.

“At this stage, I’m still angry with the police. I want to know why the police [officer] had to beat him even after shooting him. He beat him like he was not human. Why did he do that? How does he feel if this kind of thing happened to his family?

“I will try my best to fight for him and ask police officers to help me too,” Ms Nuanchan said.

“My son works very hard and behaves well as the head of his family,” she added.

One man also at the hospital who asked to be named only as “Mr Mongkol” heard of the need for blood donations to help Mr Aroon with his recovery and responded by stepping up to donate blood.

“I saw the news of Mr Aroon and heard that he needed a lot of Type B blood, so I came to donate for him,” Mr Mongkol said.

“It was my first time donating blood,” he added.

Mr Mongkol’s wife is still receiving treatment at the hospital for injuries sustained in a car accident.

His wife was pregnant, but the couple lost their unborn child due to the injuries sustained.

“We will give Mr Aroon’s children the toys that we bought for ours,” he said.

Police have taken quick action in arresting and moving to charge Cpl Pornthep for the shooting. He has already been dismissed from the Royal Thai Police and faces at least three charges, including attempted murder.

Moved by the incident, top-ranking officers have also been quick to attend to Mr Aroon and his family’s needs at the hospital.