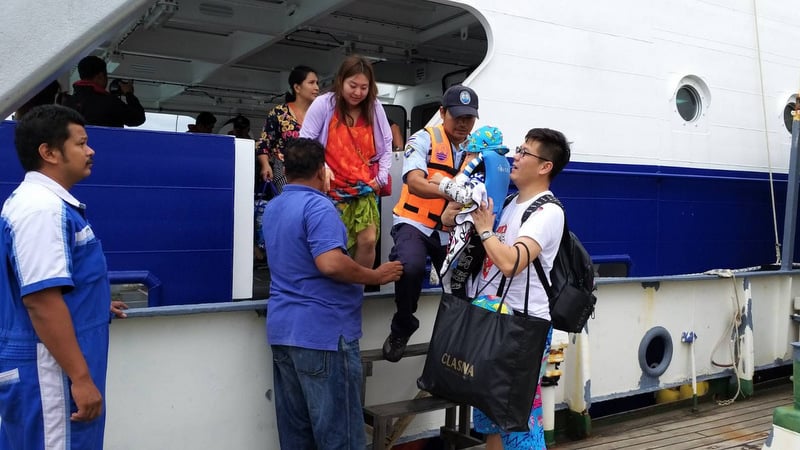 The tourists were stranded on the resort islands after a ban on all boats leaving shore was introduced yesterday as a safety precaution amid concerns of strong winds and large waves brought on from the fallout of tropical storm Pabuk making landfall on the Gulf of Thailamnd today. (See stories here and here.)

The RTN Hua Hin will return to the Deep Sea Port, also located at Cape Panwa, this evening, he added.

“Royal Thai Navy boat Tor 991 returned from Koh Racha with 60 tourists safely on board and arrived at the Navy base at 3:45pm,” he said.

“Meanwhile, there are 500 other tourists stuck on Phi Phi Island. The Navy ship Hua Hin together with a big tour boat will pick them up. They are to arrive at the Deep Sea Port at 8pm tonight.” V/Adm Sittiporn said.

V/Adm Sittiporn urged any person wanting to report the need for similar safe-return missions to inform the Navy base 076-391598.