PHUKET: Local villagers in Pa Khlok have rallied together to save a tree they believe is 300 years old from being felled as part of the road expansion of the main route through the subdistrict.

environmentnatural-resourcestransportconstruction
By The Phuket News 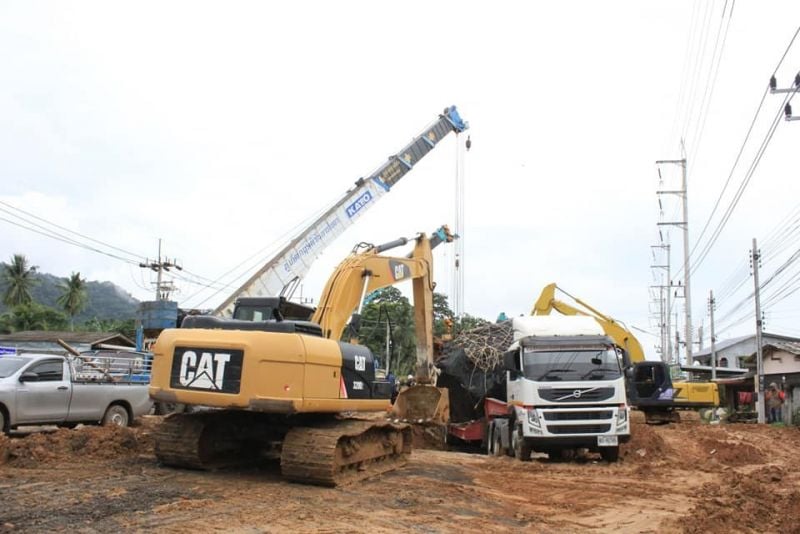 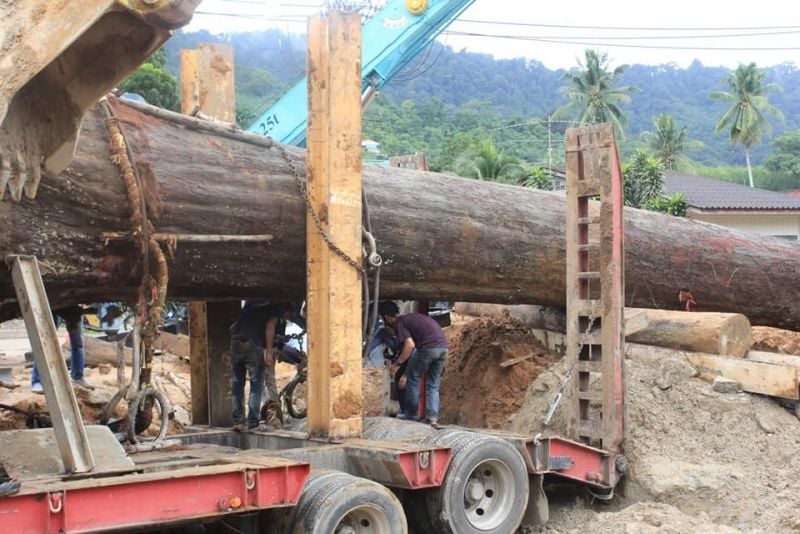 The tree was located on the opposite side of the road from Ban Para School in Moo 4, Pa Khlok, but last night (July 9) was finally moved to in front of Ban Pa Khlok School in Moo 2, Pa Khlok, about five kilometers away.

Preparations to save the tree have been underway for over the past week following an outcry by local residents on social media to save the tree in order to preserve it for future generations.

The villagers and volunteers from across Phuket carefully had the ground around the tree excavated before using a large crane to lift the tree onto the back of a large lorry, and transporting it to its new home.

The main obstacle over the past week has been the weather, local people involved with the project explained, with intermittent heavy rains preventing the huge relocation operation from safely going ahead.

The road, Route 4026, is being expanded to four lanes under a Department of Highways project costing B720 million.

Local residents in Pa Khlok have already moved to preserve 214 rai of protected mangroves from being destroyed by having the expanded road redirected around a mangrove forest.

When villagers saw the plans for the road expansion, they realised that it would mean the much-loved tree would have to be cut down to make way for the project.

Villagers in the area requested the relevant agencies to delay cutting down the tree so that volunteer groups from many parts of Phuket could unite and gather the money required to save the tree.

It’s new location at Ban Pa Khlok School was chosen as there is a spacious area where it can be placed, far away from students, where it will be safe from unnatural events.

The tree is a dipterocarpus alatus, or “resin tree”, called “Yang Na” in Thai. The resin tree can grow from 30 metres to 50m tall in exceptional cases, with branches spanning some 20m across.

The trees are estimated to be able to live to be more than 700 years old.

The resin tree has been used throughout east Asia and Southeast Asia for a variety of uses for millenia.

Generally, over the centuries resin has been collected from the trees through a process that has even been called “brutal” by biodiesel advocates, by which a huge gash is cut into the tree and the resin is kept flowing by fire.

The tree has been harvested for centuries for use in making medieval-style torches, and for sealing boats.

In Cambodia the wood is much valued in construction and cabinetwork, when not exploited for its oily resin, which is also used for wood lacquering and traditional medicine.

When mixed with beeswax, the resin is used in bandages for ulcerated wounds. The bark of young trees is also used in traditional medicine, taken against rheumatism and diseases of the liver, and to stimulate appetite in cattle.