PHUKET: Phuket Vice Governor Snith Sriwihok has confirmed that the legal closing time for entertainment venues outside of the entertainment zones in Patong and Karon is midnight, despite an open admission from local nightlife venue operators last week that they continued to trade until 1am.

tourismalcoholeconomics
By The Phuket News 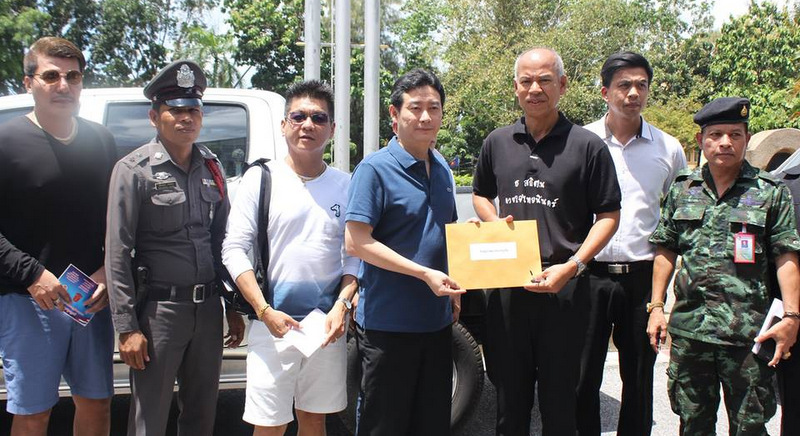 The petition called for the government to “extend” nightlife trading hours “from 1am to 3:30am”.

The petition was submitted by Jirayus Songyod on behalf of the entertainment operators.

With Gov Norraphat not available last Wednesday, V/Gov Sanit received the petition on the Governor’s behalf.

V/Gov Sanit told The Phuket News today (Aug 8), “A petition is a petition. In the petition they wrote that they wanted to move the (closing) time from 1am, but according to the law the closing time is midnight.

In submitting the petition, former Pheu Thai Party candidate Mr Jirayus said, “Now we are getting into trouble as the entertainment closing time is 1am by law. The income we receive is not enough for the expenses.

“So we want to extend the closing time to 3:30am as Phuket is a tourist province. Most revellers are coming to the nightclubs at about 11pm or midnight. If the nightclub closes at 1am, we will have only one hour of service,” Mr Jirayus added.

In receiving the request, V/Gov Sanit noted, “The letter (sic) will be forwarded to Governor Norraphat Plodthong. The entertainment venue time closing extension has already been requested. The provincial office has already sent the request to offices that are taking responsibility for this.

“However, for now, the law must be followed the same as throughout the rest of the country. In the past there has been news about entertainment venues allowing children to enter nightclubs, drugs involvement and human trafficking, and so on.

“Local government offices must strictly keep an eye on these three issues, so the provincial office must strictly enforce the closing time,” he said.

The request filed last week followed a request from nightlife and bar owners in Patong in February, calling for the current closing time of 1am within the Patong entertainment zone to be extended to 4am. (See story here.)

Despite repeated attempts to solicit a response, The Phuket News has yet to be informed of any decision on that request.