PHUKET: A consortium of more than 20 owners of Patong bars, nightclubs and other entertainment businesses today (Feb 1) filed a petition for a special zone to be set up, allowing the venues to close later than the current legally mandated times. 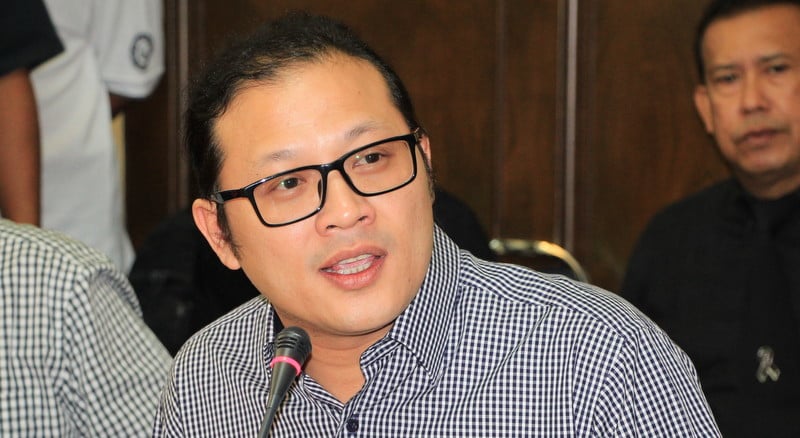 Preechawude ‘Prab’ Keesin, head of the Pisona Group of companies in Patong, said it was no secret that some venues bribed officials to stay open later. Photo: Suticha Sirirat The petition filed today followed a blitz on Patong bars and clubs on Monday night that forced tourist-popular bars and nightclubs on Bangla Rd to close at the mandated times of 1am for venues inside Patong’s “entertainment zone” and midnight for venues outside the zone.

The blitz was carried out in line with a direct order by Phuket Governor Chockchai Dejamornthan. (See story here.)

Phuket Vice Governor Teera Anantaseriwidhya received the petition on behalf of Governor Chockchai, and confirmed it would be forwarded to its intended recipient, Prime Minister Gen Prayut Chan-o-cha.

Mr Weerawit pointed out that the current closing times were set up under the “Better Social Order” campaign under the Thaksin administration.

“Most tourists are foreigners who usually come to the entertainment venues after midnight. Therefore they will only have one hour for their night out in an entertainment venue. This early closing time is costing us at least B100 million a year,” Mr Weerawit explained.

Mr Preechawude pointed out the lost income in taxed revenue that the government is missing out on, and highlighted that tourists just drink elsewhere in public places, causing a public nuisance, littering and jeopardising their own safety.

“Tourists go and drink on the beach after the entertainment venues are closed. This makes the beaches dirty and encourages crime, and the government has to pay more for people to clean the whole three-kilometre-length of the main part of the beach,” he said.

“We’re asking to close at 5am, and only for Bangla Rd and venues up to one kilometre from Bangla, as this is where most tourists are foreigners,” he added.

Although he said he had no solid evidence, Mr Preechawude added, “It’s no secret that some venue operators pay officials in order to be ignored and close later.”

V/Gov Teera thanked the operators for raising their concern, but still asked them to abide by the law.

“We will be the link between the venue operators and the Government of Thailand. We would like to ask for cooperation from the operators to explain to tourists so they understand the law, as Phuket is one of the most attractive tourism cities in the world,” he said.

“Phuket is a special area and has a different attractions than other areas. So we need to be careful with any changes. We (at the provincial level) cannot enforce different closing times until the central government has decided,” he added.