Phuket police close in on encroachers

Phuket police close in on encroachers

PHUKET: Police have seized the machinery used to cut a road through the Khao Nakkered Protected Forest on the hills from Kathu into Wichit and are preparing to press charges against those deemed responsible, Phuket Provincial Police Chief Maj Gen Pornsak Nuannu has announced.

natural-resourcesenvironmentcrimeconstructiontourism
By The Phuket News 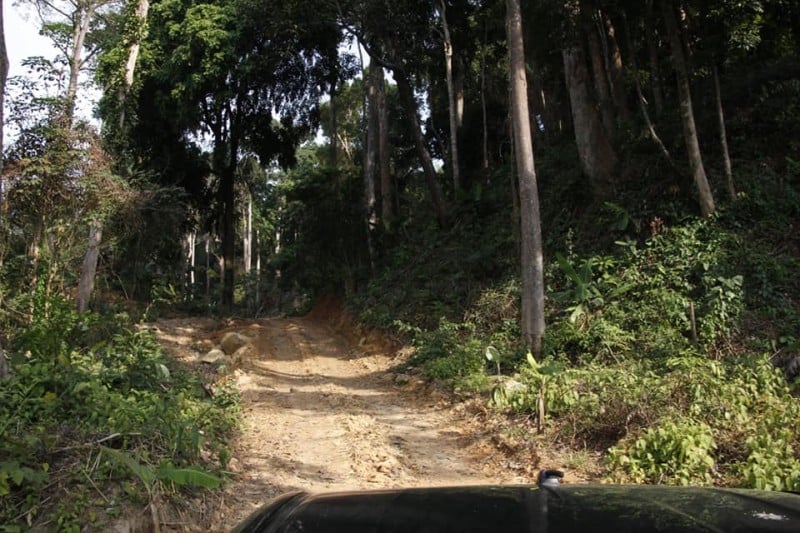 The Royal Forest Department officials (RFD) have filed a formal complaint with the Kathu Police to investigate the encroachment of some 108 rai in the hills above the Bang Wad Reservoir, Maj Gen Pornsak explained.

Police officers have been separated into two teams to support the investigation by the RFD, he added.

The first team seized the machinery provided for the road construction on Friday (Jan 29).

“The second team is now gathering evidence to be used to prosecute the perpetrators,” he said.

“The encroachment, deforestation and destruction of natural assets is an important policy issue of the Royal Thai Police,” Maj Gen Pornsak said, adding that he had taken a serious interest in the case.

“I want people to know that every part of our national forests is a national resource, we have to help each other and cherish it,” he said.

“Anyone who may be involved in any invasion [of protected forests] must be investigated, and any persons found responsible must be prosecuted,” he said.

“I would like to warn those who are involved in, or thinking of, any form of encroachment and deforestation, to stop, stop and stop,” he added.