PHUKET: The Phuket Provincial Government is looking to have animal shelters for stray dogs installed at every municipality and tambon administration organisation (OrBorTor) on the island as a way of helping to ease overcrowding at the Phuket Stray Dog Shelter in Thalang. 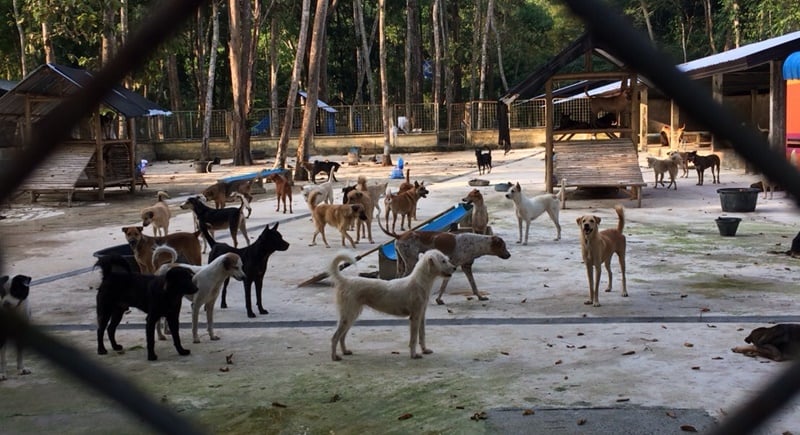 STORY RETRACTION: Manas Thepparuk, Chief of Phuket Provincial Office of the Department of Livestock Development (DLD), later clarified that officials are NOT looking to have animal shelters installed at every municipality. The call was for every municipality to provide the funds required to operate the Phuket Stray Dog Shelter. See story here.

Vice Governor Phichet Panaphong presided over a meeting held yesterday (Nov 26) to discuss the plan. Joining the meeting were Phuket Livestock Office Chief Manas Thepparuk and other relevant officers, including those who oversee operations at the Phuket Stray Dog Shelter.

V/Gov Phichet explained that this meeting aimed to review the working performance for the shelter in the fiscal year 2020, the management of the dog population on the island, and the estimated cost for feeding the dogs fiscal year 2021 (Oct 1, 2020 - Sept 30, 2021).

The committee also reviewed the projects that already received the budget of the fiscal year 2021, including the Phuket Stray Dog Shelter itself, and the shelter development project that funds its operation.

However, the committee also urged the 18 municipalities and OrBorTor on the island to start budgeting to fund their own shelters for stray dogs in their areas as a priority in order to ease overcrowding at the Phuket Stray Dog Shelter.

There are currently more than 900 stray dogs at the shelter that have been caught by administrative officers, V/Gov Phichet noted.

“Built in 2004, the Phuket stray dog shelter is to be a place to take care of stray dogs. Phuket is a tourism destination, so the stray dog problems have to be solved,” he said.

The operation of the Phuket Stray Dog Shelter and the conditions there has come under stern criticism by Phuket’s well-respected Soi Dog Foundation in years past.

However, in light of the limited resources at the officers’ disposal there, the Soi Dog Foundation has for years assisted in providing care for the dogs at the shelter, and in 2018 donated more than B560,000 to build a new quarantine area and install a water filtration system.

Soi Dog vets and volunteers still visit the shelter once a week in providing the ongoing care for dogs incarcerated there.