PHUKET: A host of top Phuket artists will record a version of the classic global charity song ‘Do They Know It’s Christmas’ in their efforts to help continue providing food to people still in need in Phuket and on nearby islands as the COVID economic crisis continues to deepen.

COVID-19economicscharity
By The Phuket News 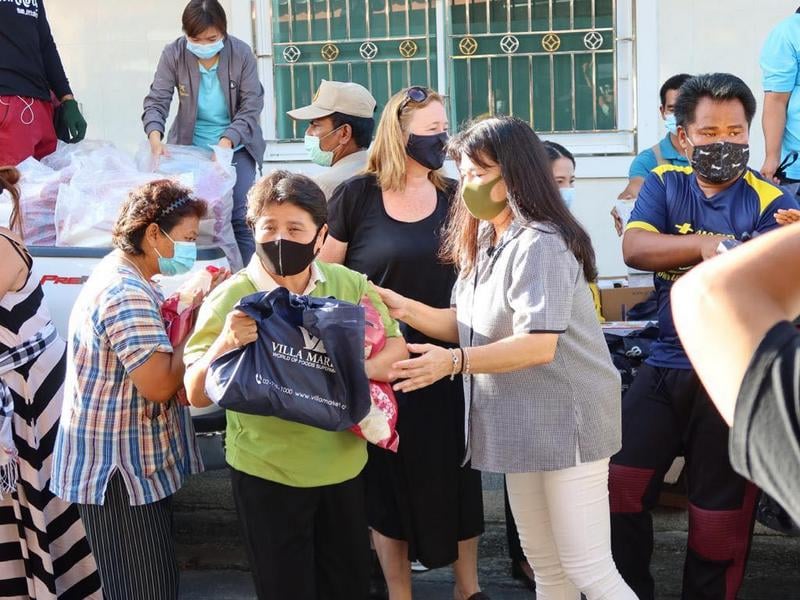 The project will be co-ordinated by Legend Music Recording Studio in Koh Kaew, owned and operated by producer and composer, and long-term Phuket expat, Gary Crause.

Gary was one of the driving forces behind Phuket artists coming together in June to produce their own version of ‘Lean on Me’ to boost food security relief efforts driven by the Help Phuket Today campaign, also created to help people in Phuket suffering without any form of income during the ongoing crisis.

“So far more than 2,000 Lean On Me Food Packs costing a total of B500,000 have been paid for by the Phuket community and distributed directly to the families and communities all over Phuket and the adjacent islands that are hardest hit by unemployment caused by the pandemic,” Gary explained to The Phuket News today (Sept 14).

Most recently just over 400 food packs were distributed through the Koh Kaew Tambon Administration Organisation (OrBorTor), and 20 packs were sent to Phuket Immigration, he added.

After learning of the relief efforts being done by Kath and Yvonne, Gary from the Phuket Academy of Performing Arts arranged with Villa Market to have a B250 barcode created for the purchase of the food packs to make it real simple for residents of Phuket to donate to the cause. He also called up a bunch of his musician friends and some students to film and record a version of Lean On Me to help drive the marketing and awareness campaign for the food relief efforts.

“All of those involved in the day-to-day running of the Lean On Me Food Donation and Distribution program know firsthand that it is a very real problem that will impact these families for a very long time,” Gary said today.

“With the low season in full swing, and the high season looking like it will be a non-event, the current outlook is that the situation will not improve for at least another 12 to 16 months, and is in fact getting worse on a monthly basis,” he added.

“In an effort to keep focus on the campaign, and with Christmas fast approaching, the Phuket Academy of Performing Arts have invited all of their students and the respective families to participate in recording and filming a second song on the 10th of October to continue to bring awareness to the ongoing campaign. The new recording and video of Do They Know It’s Christmas will be out mid-October to drive awareness to the cause through the Christmas period and into January at least,” Gary explained.

To contribute to the relief efforts, simply scan and pay for Lean On Me food packs at any Villa Market in Phuket, or order the packs online via Villa Market’s online shopping portal.