tourismweatherSafety
By The Phuket News CCTV images were presented confirming that no tour boats were at the usually busy major piers. Photo: PR Dept 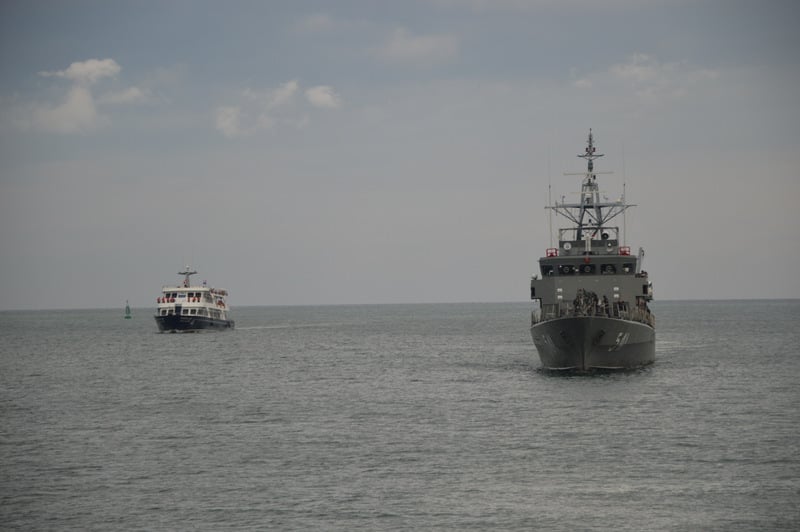 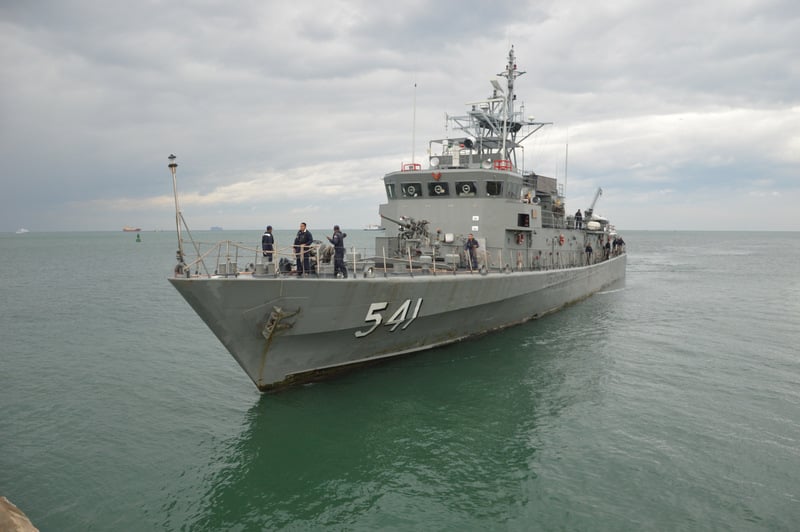 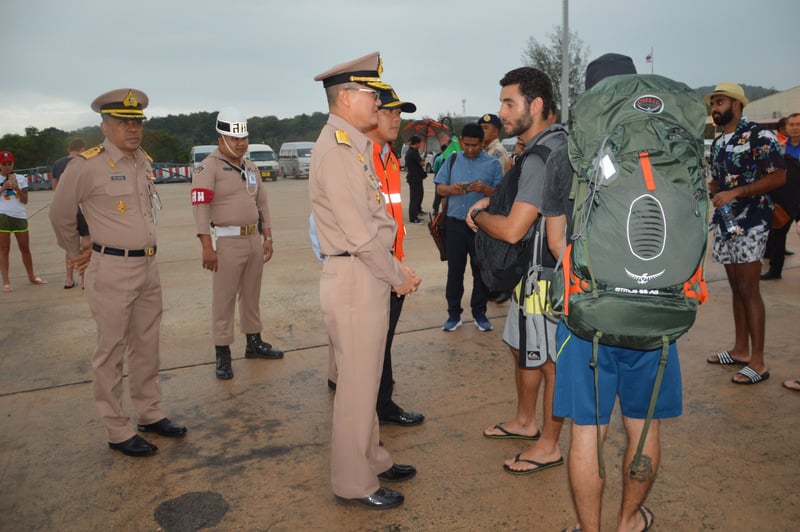 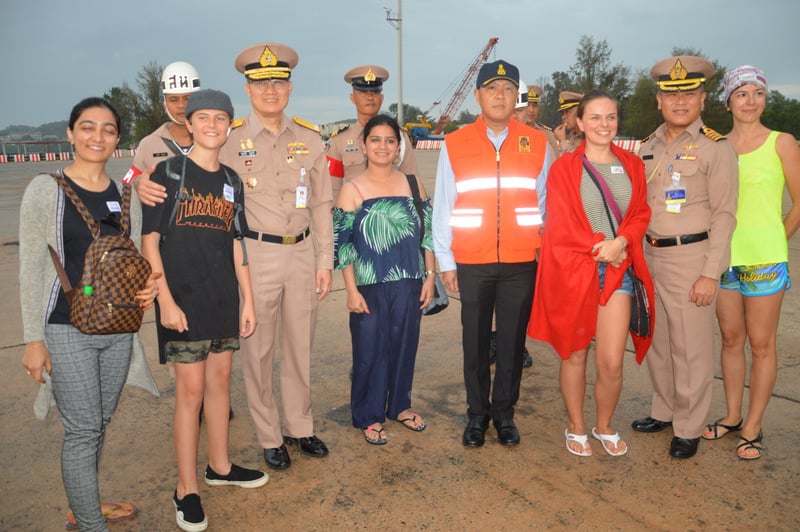 The weather warning for Phuket remains in force, with all boats banned from leaving shore and emergency services still on standby.

Pabuk so far has very little impact on Phuket, Phuket Governor Phakaphong Tavipatana was informed at 8am this morning at a meeting held at a “disaster command centre” set up at Phuket Provincial Hall.

The forecast for Phuket today is much of the same, with overcast skies and more rain predicted, and waves reaching up to two to three metres high.

However, the weather has already affected 18 flights at Phuket International Airport, with 17 flights delayed and one China Southern Airlines flight from China to Phuket cancelled, the meeting was told.

Checks on the commercial fishing fleet have confirmed that 85 boats have not returned to port in Phuket, but it has been confirmed that those 85 vessels have all taken shelter behind various islands in the region instead of risking returning to port on the open water, the meeting was told.

The Royal Thai Navy ship RTN Hua Hin returned to the Deep Sea Port with at least one other large ferry from a private operator at 7pm last night with 232 tourists from Phi Phi Island brought safely back to Phuket.

Governor Phakaphong along with Rear Admiral Vithanarat Kochaseni, Chief of Staff at the Royal Thai Navy Third Area Command based in Phuket, were both on hand to welcome the tourists.

The remainder of the estimated 500 tourists stranded on Phi Phi Island by the boat safety ban (see story here) were taken back to the mainland in Krabi by a large private ferry, confirmed the Krabi office of the Public Relations Department.

The Royal Thai Navy boat RTN Tor 991 earlier yesterday had brought safely back to Phuket a total of 124 tourists who were stranded on Racha Yai Island, some 25 kilometres south of Phuket, a Navy spokesman reported.

Regardless, Governor Phakaphong this morning ordered all relevant agencies to remain on alert and to monitor the weather situation closely, and for local municipalities to do what they can to clear any clogged canals immediately to help prevent any flooding from heavy rainfall.

“In this operation, to be prepared and to monitor the progress of the storm Pabuk, all sectors must be fully integrated in their work and they must make continual announcements to the public so the people are aware of the storm’s movement and are alert (to any danger),” he said.

“For the government to be prepared is a good thing, so please use the ‘Phuket Model’ format as a work guide for coping with all kinds of disasters and future events as well, which requires the integration of the work of all sectors in order to help the people and for tourists to have maximum security,” he added.

The Thai Meteorological Department (TMD) in its weather warning issued this morning noted that eye of the Pabuk storm was expected to centre on Ao Leuk in Krabi today, with wind speeds near the centre reaching up to 65km/h.

This storm is moving west slightly northward at a speed of 10km/h, the warning said.

“People should beware of the severe conditions that cause forest runoffs and flash floods are possible,” the warning noted.