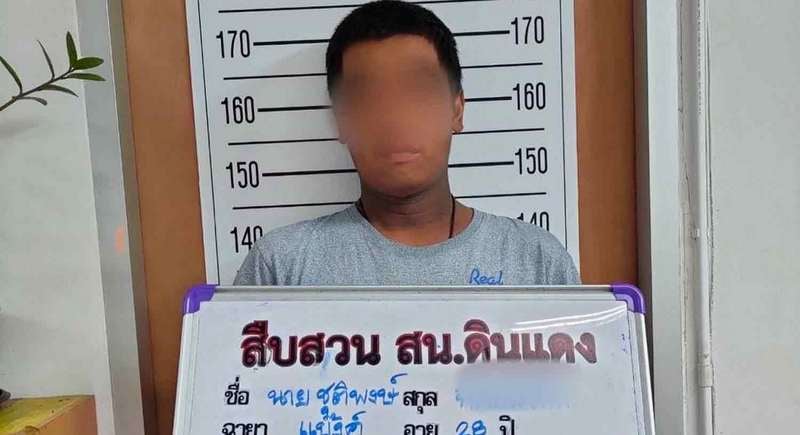 Chutipong Thitkrathok, 28, is held by police for allegedly shooting a teenager during an anti-government protest in Din Daeng district, Bangkok, in August. Photo: Police

Pol Maj Gen Piya Tavichai, deputy commissioner of the Metropolitan Police Bureau, said Chutipong Thitkrathok, 28, was taken into custody for allegedly shooting a 15-year-old boy in the neck while the latter was demonstrating near the Din Daeng police station on the night of Aug 16. The shooting happened at the mouth of Soi Pracha Songkhro 14, reports the Bangkok Post.

Chutipong was charged with attempted murder, illegal possession of a gun and bullets and illegal use of a gun. The suspect admitted he was the man caught on surveillance cameras but denied having shot anyone.

Pol Maj Gen Piya said the suspect, who stayed in a flat in Din Daeng district, was upset by demonstrators and randomly shot them. After the incident, he hid in Kanchanaburi.

Police believed the suspect was one of a group of 3-4 people who committed the crime, said the deputy Bangkok police chief.

Media reported that the injured boy was still in a coma.