WORLD: Further concerns over the effectiveness of the Sinovac vaccine have emerged following confirmation that over 350 doctors and healthcare workers in Indonesia have caught COVID-19 and been hospitalised, despite having been previously inoculated by the vaccine. 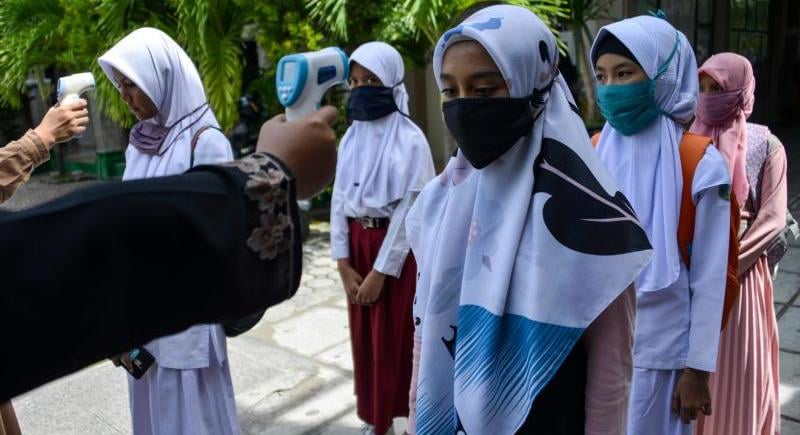 The majority of those infected were asymptomatic and are self-isolating at home although dozens were confined to hospital with high fevers and declining oxygen saturation levels, said Badai Ismoyo, head of the health office in the district of Kudus in central Java.

It is believed the more transmissible Delta variant of COVID-19 is responsible for driving the latest outbreak in Kudus, which has left the healthcare system stretched with bed occupancy rates in local hospitals above 90%.

“The data shows they have the Delta variant [in Kudus] so it is no surprise that the breakthrough infection is higher than before, because, as we know, the majority of healthcare workers in Indonesia got Sinovac, and we still don’t know yet how effective it is in the real world against the Delta variant,” said Dicky Budiman, an epidemiologist at Australia’s Griffith University.

As was the case in many countries, frontline healthcare workers in Indonesia were amongst the first to be vaccinated with almost all receiving the Chinese-manufactured Sinovac. The World Health Organization (WHO) approved emergency use of the Sinovac vaccine this month.

When approached by Reuters for comment on the efficacy of the vaccine against the new variant, neither the Indonesian Ministry of Health or CoronaVac, the Chinese company that produces Sinovac, were available.

Indonesia, the world’s fourth most populous nation, has recorded 1.9 million cases of COVID-19 infection since the pandemic began last year. Of this number, 1.76mn have been confirmed as recovered. There have been 53,476 deaths recorded to date.