Foreigners to get visa text alerts

Foreigners to get visa text alerts

BANGKOK: To make sure that foreigners do not overstay their visas, immigration police will send out text reminders to foreigners before their visa is due to expire. 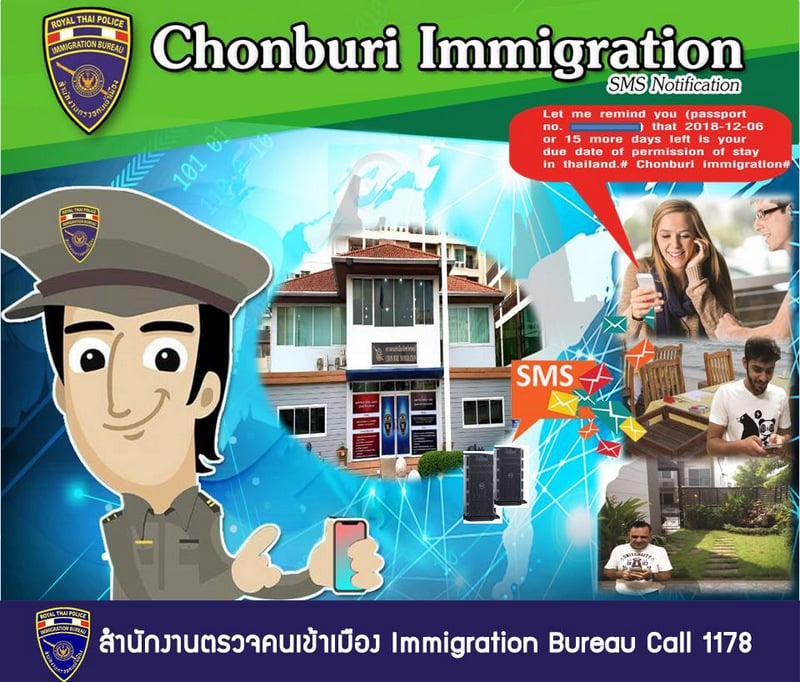 Immigration Bureau chief Lt Gen Surachate Hakparn said yesterday the texting service will be first rolled out in Chon Buri, and he had assigned the provincial immigration police chief Col Songprode Sirisukha to implement the measure.

“This will prevent foreigners from forgetting their visa expiry dates, so if they continue to overstay, we will take harsh measures,” he said.

He said Chon Buri was chosen because it has a lot of tourists and expats.

Col Songprode said alerts will only be sent to those who have registered their phone numbers with Chon Buri immigration police when they applied for a visa or an extension.

They include tourists and expats who have work permits. The length of their permitted stay varies, he said.

The immigration police chief also said this measure will help save the police’s budget as it will replace letters, which cost more than text alerts.

Lt Gen Surachate said earlier this month the number of foreigners overstaying their visas has come down to zero, following a series of raids on aliens and criminal suspects over the past year.

Phuket Immigration Deputy Chief Lt Col Archeep Jaroensuntisuk explained to The Phuket News last Thursday (Nov 22) that Phuket Immigration are looking into ways to devise a system that will send notices to foreigners, reminding them that their visa is about to expire.

The move follows the Immigration office in Prachuap Khiri Khan starting to send such reminders as SMS messages to phones of foreigners register at that office.

“We are looking into this,” Col Archeep said. “But we need to come up with a system that suits everyone.

“The problem is that some foreigners want reminders sent to their phone, and others want the reminders by email,” he said.

“When we do come up with a system that suits everyone, we will announce it so the public will know,” he added. (See story here.)