Elderly couple killed as car hits saleng from behind

Elderly couple killed as car hits saleng from behind

PHUKET: An elderly couple living in Phuket Town were killed when the motorbike with sidecar (saleng) was struck from behind by a car travelling at speed near the Thepsrisin Bridge, near Saphan Hin, early this morning (Jan 3). 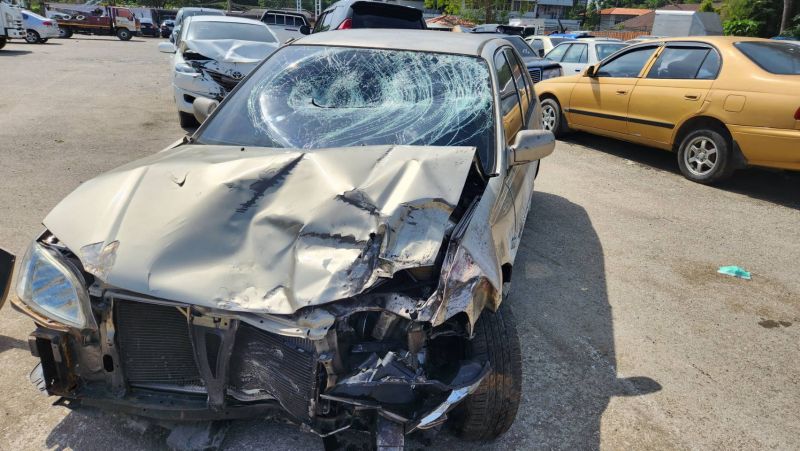 Pol Lt Col Theerawut Chuachak of the Phuket City Police confirmed officers were informed of the accident at 3:50am.

Officers arrived at the scene to a Honda sedan, registered in Ubon Ratchathani, with heavy damage to its front.

The driver, Narongphat Makmee, 56, registered as living in Ubon Ratchathani, was at the scene.

Nearby was a Phuket-registered Honda motorbike with a sidecar attached (saleng), mangled from the impact.

The driver of the saleng, Veersin Bunthanaviraphat, 64, and his wife, Ms Orapawee, 63, were both dead at the scene. The couple lived in Soi Ton Pho in Phuket Town.

The couple were heading to a local farmers market to sell groceries when they were struck from behind by the Honda sedan, police reported.

The couple lived in Soi Ton Pho in Phuket Town.

In their initial report, officers noted that although it was dark, the road was dry and the lighting was adequate at the location where the impact occurred.

Police said they were continuing their investigation, with the view of charging the driver of the Honda car, Mr Narongphat, with reckless driving causing death.

The deaths of Mr and Mrs Bunthanaviraphat bring to three the total number of people killed in road accidents during the currently ongoing Seven Days of Danger safety campaign for New Year 2023.

The first road accident fatality during the campaign occurred in the early hours of last Saturday (Dec 31).