PHUKET: The National Disaster Prevention and Mitigation Office (DDPM) has called on all residents and officials in high-risk areas of Phuket and throughout Southern Thailand to be on full alert today (Oct 5) for possible floods and landslides. 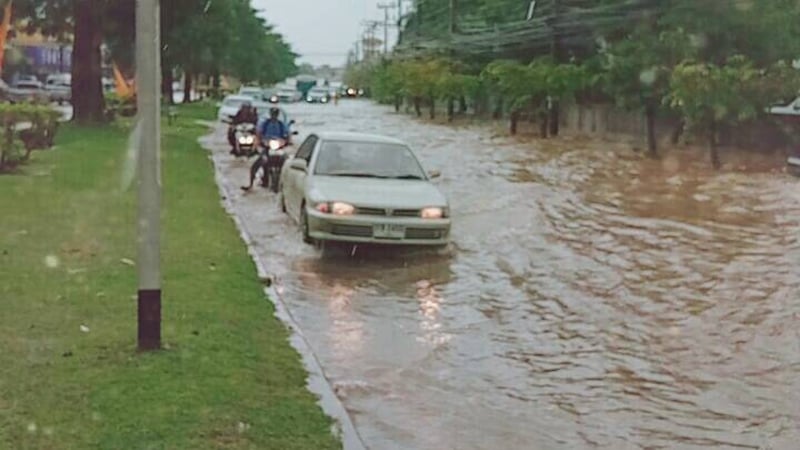 The rain has already flooded the main Thapkasattri Rd in front of the main SuperCheap. Photo: Phuket City Police

The DDPM has announced that disasters could occur due to heavy downpours brought from from high pressure which is currently covering southwestern Thailand.

“The is a high possibility of floods and landslides due to continuous heavy rain,” they said.

Meanwhile, as of yet, the Thai Meteorological Department has no issued any waether warning for Phuket or southern Thailand.

Today’s downpours have already had an impact including flooding at the Samkong Underpass at 10:15 am today and in front of the main SuperCheap on Thepkasattri Rd.

On Wednesday (Oct 3), one of Phuket’s Vice Governors urged the island’s three district chiefs to be prepared to carry out evacuations in their areas until Sunday (Oct 7) as the Department of Disaster Prevention and Mitigation Bangkok office (DDPM-Bangkok) is predicting rain will continually impact Phuket until then.