Culinary Detective: Rock Salt, out of its shell

Culinary Detective: Rock Salt, out of its shell

All the restaurants across the globe have many distinct differences, but the truly successful ones always have one standout factor: consistently delivering excellence. It is what singles out the exceptional. Rock Salt is undoubtedly one of these exalted few. From the first time I dined here, nearly five years ago, my expectations have always been exceeded. 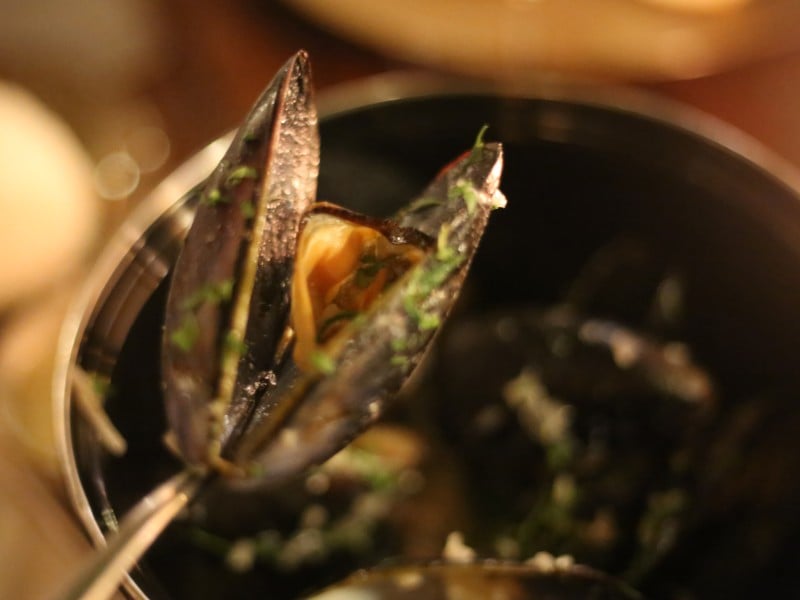 Attendees at the fifth anniversary. The ever-amiable GM Frank Grassmann joins attendees at the anniversary. Iced coconut parfait with textures of mango with sesame and peanut wafer. I can count on one hand the number of restaurants that have earned this rarely awarded “Watson” accolade. The location does play a small part, idyllically perched overlooking the bay, however as a seasoned gourmand, I am no longer influenced by stunning seascapes. Consistent excellence is not about standing still. It is about continually evolving, retaining the best of the past, signature dishes, creations that exemplify everything Rock Salt represents, whilst passionately developing new plates to excite the palate. Rock Salt does this in spades.

This article is about Rock Salt’s recent fifth anniversary. However, one must acknowledge the truly unique property that is its parent and “raison d’etre”, the landmark luxury hotel The Nai Harn at which Rock Salt is located. Often compared architecturally to Santorini and certainly worthy of membership in The Leading Hotels of the World, this hotel continues to enhance its reputation as an icon in Phuket and indeed in Thailand.

It also would be remiss not to mention the sadly temporarily closed Prime. Whilst Rock Salt receives my praise, Prime was yet another level, literally, located above Rock Salt, I fondly recall dishes I ate there, prior to closure. I do miss it.

Back to Rock Salt and it is ultimately all about the food. The fifth anniversary dinner I was invited to enjoy with a lucky chosen few included a menu of Rock Salt’s treasured signature dishes.

We begin with the always perfectly executed breads and dips, followed by a number of appetisers, including a crunchy “fritto misto”, including mussels, prawns and day boat caught local fish, grilled juicy lamb kofta spiced with mint and cumin and my personal favourite, yellowfin tuna tartare, vibrant and refreshingly zingy.

Main courses continue to delight with the finger-licking, number-one selling Piri Piri chicken, which I am told can never leave the menu as this act would inevitably lead to a diner revolt.

Next up a wood-fired-oven-roasted whole local red snapper, best summed up as complex simplicity ‒ a chef’s ability to make the complex appear simple, a technique that singles out the best of the best. The last main dish, Moules Marinières, organic Port Phillip Bay mussels classically steamed with white wine, shallots, garlic and finished with a dash of cream and Italian parsley.

The evening is completed with an innovative new dessert of iced coconut parfait with textures of mango, puffed rice, peanut and a stellar black sesame wafer.

Whilst I thoroughly enjoyed my evening of rekindling my memories of Rock Salt’s signature dishes, Rock Salt for me is also about other dishes which have made brief but impactful appearances. I recall a carpaccio of 150-day aged grain fed tenderloin, dressed with piment d’espelette mayonnaise and ingeniously topped with crisp dried anchovies and a blue swimmer crab risotto in crab bisque.

I also must acknowledge a newly added dessert of Spaghetti Eis, which is well worth experiencing for both the engaging story and the vanilla and strawberry combination.

At the heart of all great restaurants is the people. Chef Mark Jones’ attention to detail in execution has always singled out all culinary offerings at The Nai Harn and, of course, his talented home-grown team deserve recognition. Our host for the evening, the ever-charming General Manager of The Nai Harn, Frank Grassmann is undoubtedly both ‘un vrai hotelier’ and raconteur.

Also, no restaurant is successful without a welcoming and efficient service team led by Khun Goong who never fails to recognise their regular clientele, despite my somewhat infrequent visits.

Rock Salt is always a part of my schedule in Phuket; occasionally dining alone, a simple but exquisitely executed tuna tartare followed by an Angus steak of any description, accompanied by one of Chef Mark’s stellar sauces.  One of life’s simple but oh so welcome pleasures. Happy Birthday Rock Salt!

Chris is a former Michelin Guide Inspector who following an international career in hospitality spanning 30 years in both the Middle East and Asia, has now settled in Thailand and contributes a regular hotel and restaurant column.