Cinema trip for students as part of sustainable eduction drive

Cinema trip for students as part of sustainable eduction drive

PHUKET: Over 1,200 local school children received a treat today as they ventured from the classroom to the cinema at Central Festival Phuket to watch the latest Hollywood blockbuster Jurassic World. 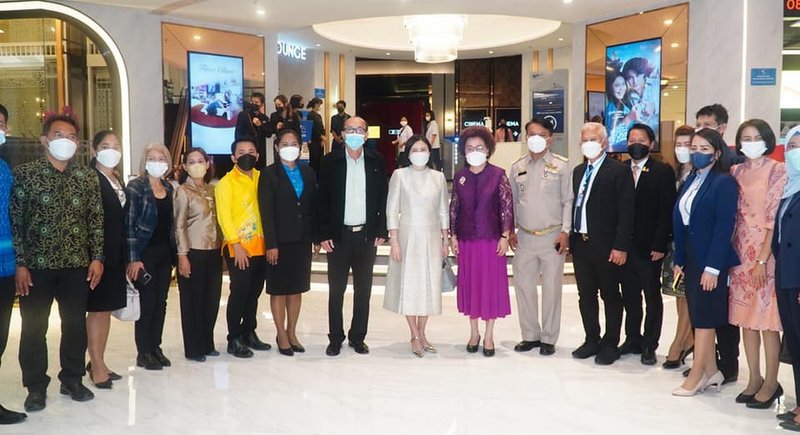 The trip was an innovative way of taking teaching out of the classroom and into the wider world as part of continued efforts to develop the teaching of English to students within schools across the island.

It also coincided with the Central Pattana Group’s policy on developing, supporting and promoting the education of Phuket’s youngsters. The trip aforded the opportunity for the students to not only hone their English language skills via the film but also by interacting with others on the 3rd floor of the SFX Cinema at Central Phuket Festival.

Central’s pledge comes after the Memorandum of Understanding (MoU) for Sustainable Education Development was forged on June 6, overseen by Prime Minister Prayut Chan-o-cha.

The MoU signed was developed under Phuket’s participatory education management, or “Partnership School Project” with the goal of developing Phuket children with English-language skills, digital technology skills and entrepreneurial skills.

Dr Wilaiporn commented that Central Group had genuine intentions to support the MoU not by just signing a piece of paper but by actually putting words into action.

She added that education is an important foundation for community and national development which allows children opportunities to develop robust careers. Developing English language skills in school children from a very early age stood to be beneficial, particularly in a province such as Phuket which is so heavily involved with and influenced by tourism.

Dr Wilaiporn said she envisages similar approaches being adopted in future whereby students venture out of the confines of the classroom to help develop their English language skills.

Jurassic World is a huge movie that many of the children might not have chance to see, he added. The fact that it was the English version of the film and that the children would be mixing with fellow students from other schools meant that their language skills would be developed at the same time as they enjoyed the film.

Snacks and drinking water were provided to the children from not only the cinema itself but from stores within the Central Festival Shopping Centre such as McDonald’s, Bake A Wish Bakery, Saison du Soleil, Yamazaki, Tiums and Haidilao Hot Pot.

Other activities are being developed by the Central Group in collaboration with business partners to continue the sustainable education drive to enhance English language skills among local children, such as venues provided to watch cartoons, visiting the aquarium or English language youth camps.