PHUKET: The dual carriageway under construction from Chalong to Patong is now 80% complete, reports the Phuket Provincial Administration Organisation (PPAO). 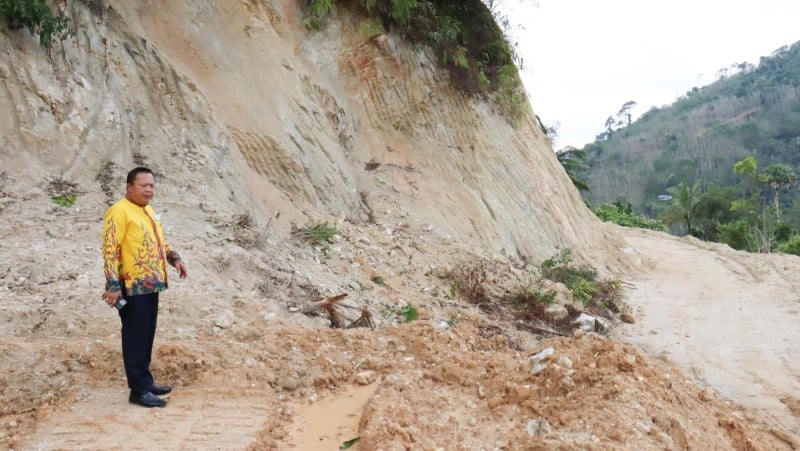 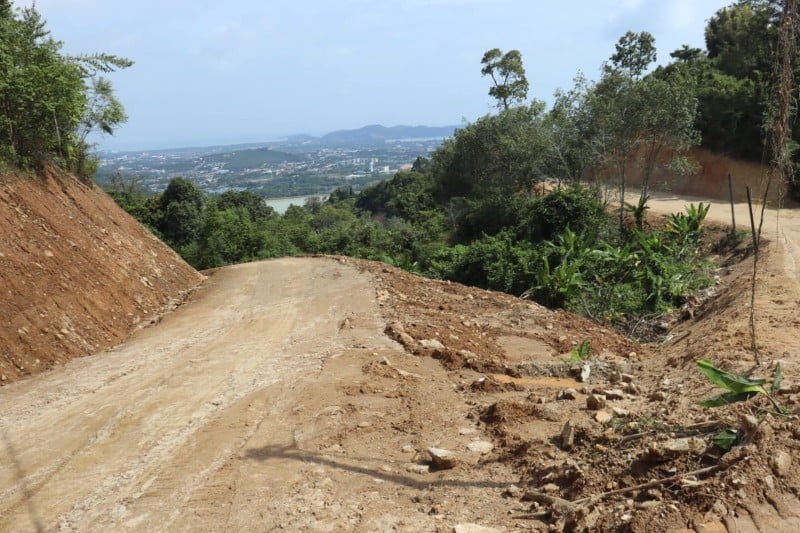 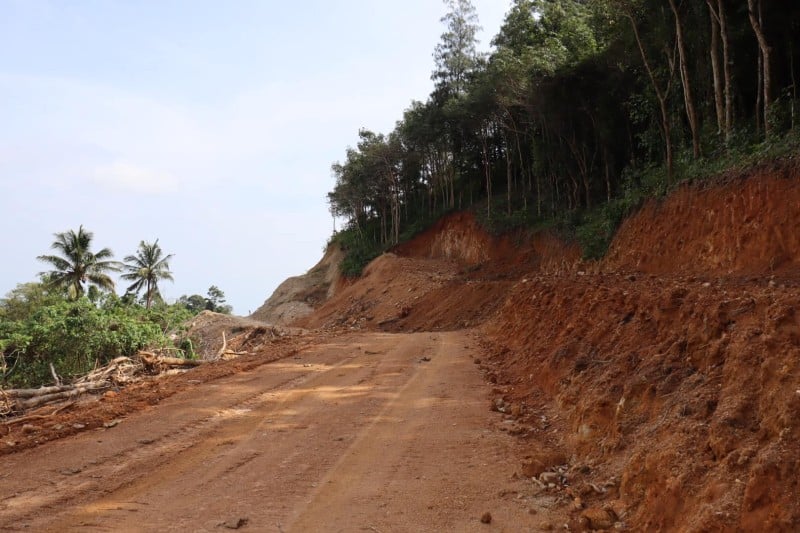 The purpose of Mr Rewat’s visit, at 1:30pm, was “to follow up on the operation and encourage the staff”, said the report.

Machinery to “adjust the road area” was being brought to the site. “Drainage pipes and soil surface treatment are now being laid to prevent future slides,” the report noted.

“The operation has progressed to 80%,” the report concluded.

No other details were provided.

The announcement yesterday broke the silence of more than a month since the most recent progress report on the completion of the road. The PPAO announced on Nov 12 that the project was 73% complete.

The construction of the road, some 3.5 kilometres long, was initially announced in October to be only a small “temporary road” over the hills from behind the Klong Kata reservoir in Chalong (often referred to as ”behind Luang Pu Supha Temple”) to 50 Pi Rd in Patong.

The construction of the temporary road, announced in the aftermath of the landslide on Patong Hill on Oct 19, was expected to take only two weeks.

Of note, before the landslide on Patong Hill, repeated requests for decades to build the road from Chalong to Patong had been denied as it passes through protected forest.

However, just seven days after announcing that the road would be “temporary only”, PPAO President Rewat on Oct 31 announced that an Environmental Impact Assessment (EIA) was already underway by the Department of Rural Roads to determine “the feasibility” of making the Chalong-Patong road permanent.

At that time, construction of the road had already cleared large swathes of areas to make way for a much larger road than the previously announced temporary version.

Plans for the expanded road included widening the road, creating large drainage ditches on either side “to prevent people from taking advantage of the new road either by illegal logging or illegal excavation”, Mr Rewat said at the time.

The permanent road is to be 12 metres wide, and include bicycle lanes, he added.

Fences are to run along each side of the road to help prevent wildlife from straying onto the road. Small tunnels will be built to allow wildlife to cross from one side to the other without risking crossing the surface of the road, he said.

How much the project to build the expanded road will cost has never been revealed.

To date, a final date for the scheduled completion of the road has also not yet been revealed.