Arrested in Phuket Russian national bows to US extradition request

Arrested in Phuket Russian national bows to US extradition request

PHUKET: Russian national Anton P. Bogdanov, arrested at Phuket International Airport at the request of the US Government on Nov 28, has waived his right to fight extradition to the US to face cybercrime hacking charges, says the Russian embassy in Bangkok. 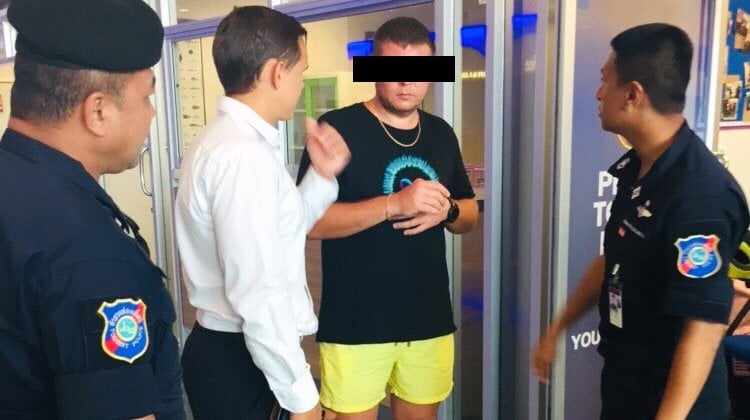 Anton P. Bogdanov at the time of his arrest at Phuket International Airport in November. Photo: Supplied

Mr Bogdanov made decision not to fend off the extradition request in Thai court and agreed to be extradited to the US yesterday (Jan 28), said Vladimir Pronin, Head of Consular Section at the Russian Embassy in Bangkok.

“He made decision to agree to voluntary accelerated extradition to the USA, refusing to try to fend off the American request in Thai court,” Russian news service RIA Novosti quotes Pronin as saying.

According to the diplomat, Mr Bogdanov made his statement at the court hearing where the full extradition request was presented for the first time.

The document has arrived to Thailand only recently, Mr Pronin said.

According to the full extradition request, in the States Mr Bogdanov is wanted on three separate charges of computer crimes (stealing money by means of hacker attacks on US state services processing tax deductions), as well as charges of criminal conspiracy, fraud with identification documents and money laundering.

Among these, American authorities believe that Mr Bogdanov with two accomplices successfully hacked the website of a US agency processing tax refunds, some of the refunds then were illegally transferred to a bank account controlled by the group.

Another charge is of hacking the website of a US tax agency and faking information about tax refunds, RIA Novosti reports. (See story here.)

Mr Bogdanov can face up to 50 years of prison if found guilty, the report adds.

Mr Bogdanov, 33 at that time, was arrested while waiting to board a flight at Phuket International Airport on the final day of his holiday in Thailand.

“I had received a notice from the Phuket Tourist Police to arrest Mr Bogdanov. He was in Phuket on holiday. He has been taken into custody and is now undergoing ‘legal processing’ (sic),” Phuket Airport Immigration Chief Col Supachok Yongstar told The Phuket News after the arrest. (See story here.)

“He is wanted by the United States Government, and the Royal Thai Police are responding to their request,” Col Supachok confirmed.

Mr Bogdanov was allowed to notify Russian Embassy and informed diplomats that a FBI representative was there during the arrest. At the first court hearing he declined the voluntary extradition, claimed that he had not committed any computer crimes and assured the judge that he never knew anything about computers beyond the level of an average user.