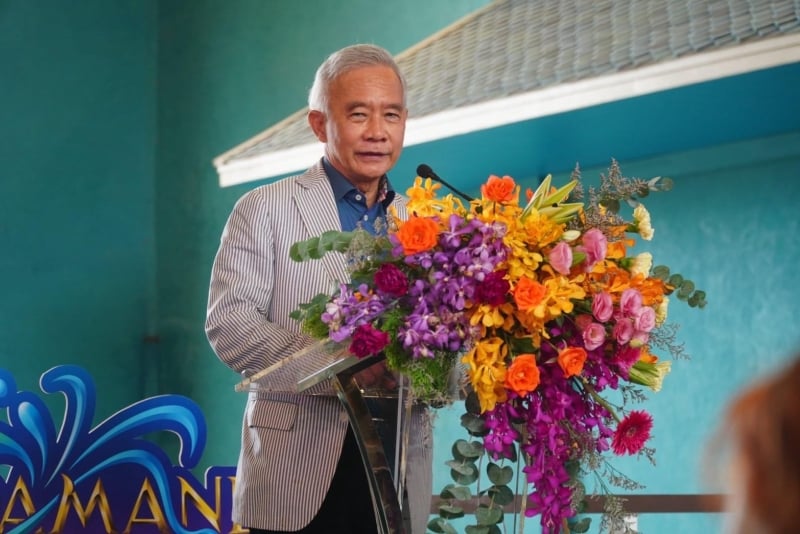 More than 300 distinguished guests and important persons of Phuket joined to congratulate Proudputh Liptapanlop, Executive Director of Proud Group, ready to press the button to open the door and take historic photos together around the nine-meter Three-Headed Smoke Dragon (The Great Nagon), noted a report by the Phuket office of the Public Relations Department (PR Phuket).

The park welcomed 1,500 Phuket residents out of thousands of registered users on its first day of operations at the park, which covers ​​​​58 rai in Kathu.

The development, under construction for years, features three key elements: a water park, a hotel and a lifestyle retail area.

“It will become one of the destinations in Phuket that everyone must visit, and will be an important driving force in the revitalisation of the tourism economy in Phuket, which is ready to welcome tourists from all over the world and hoping to receive 1 million tourists a year, in line with and supporting Thailand’s tourism policy,” Mr Suwat said yesterday, repeating his comments at the press launch in Bangkok last week.

The park is predicted to attract a million visitors in its first year.