PHUKET: After 270,000 litres of water being used over the Songkran holidays, Phuket’s three main reservoirs are left with 2.82 million cubic metres (m3) of water, which the island’s Irrigation Office chief is adamant will be enough to see residents through until the annual southwest monsoon rains return. 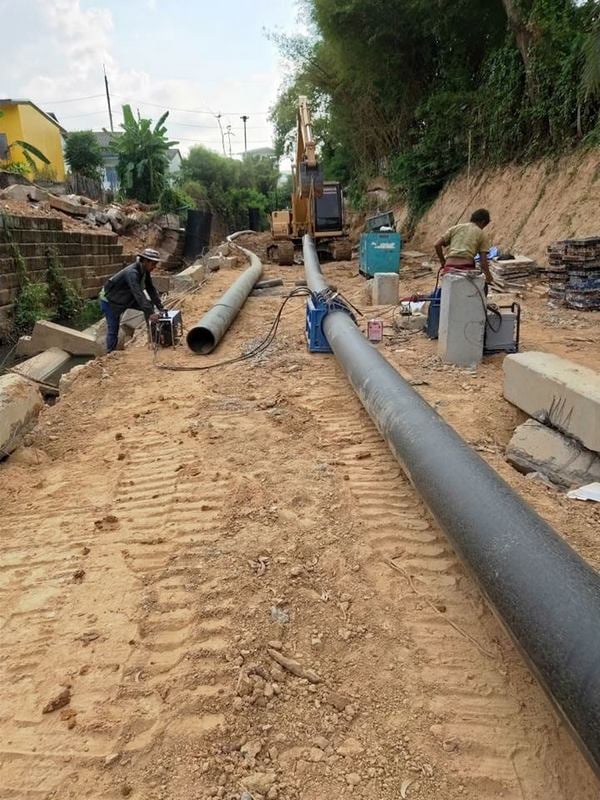 When full, the three reservoirs have a total capacity of more than 21.72mn m3 of water.

However, Mr Somsawat today said, “The water we have now is enough to last 39 days.”

Asked how that was possible, Mr Somsawat admitted his office was now reducing the volume of water released from the reservoirs in order to make the water reserves last.

“The rain over the weekend has not helped to add water (to the reservoirs) at all,” he added.

“Because we are now decreasing the volume of water being released from Bang Wad, I expect the water reserves to cover the whole drought through to the end of May,” Mr Somsawat said.

Mr Graisorn last week confirmed to The Phuket News that he had acquired rights to use water from two privately owned sources.

“The two private water sources will provide a total of about 4,800m3 of water – about 2,400m3 from each water source – per day,” Mr Graison said today.

“The laying of water pipes from one water source to the pump station at Bang Wad will be finished and the water will be ready for releasing for public use next week, before Wednesday (Apr 24),” he said.

“The water will be fed to the PWA pump station at Bang Wad, and from there will be used to directly serve residents in Kathu, Wichit and Chalong,” Mr Graisorn said.

The water from the other private source is already being used to serve businesses and residents in areas including Srisoonthorn, Baan Manik and Cherng Talay, Mr Graisorn added.

“We started using the private water source to serve these areas on Tuesday (Apr 16),” he said.

“The water is good enough quality for general household use, and this extra water has allowed us to increase the volume of water supplied to 120m3 per hour,” Mr Graisorn explained.

“The extra water is being released directly to residents and businesses. This water is good quality, and there is no need to put in Bang Neow Dum reservoir before pumping it back out for people to use,” he added.