PHUKET: The last water remaining in the island’s three main reservoirs is enough to last 33 days, the Director of Phuket Provincial Irrigation Office (PPIO) has reported. 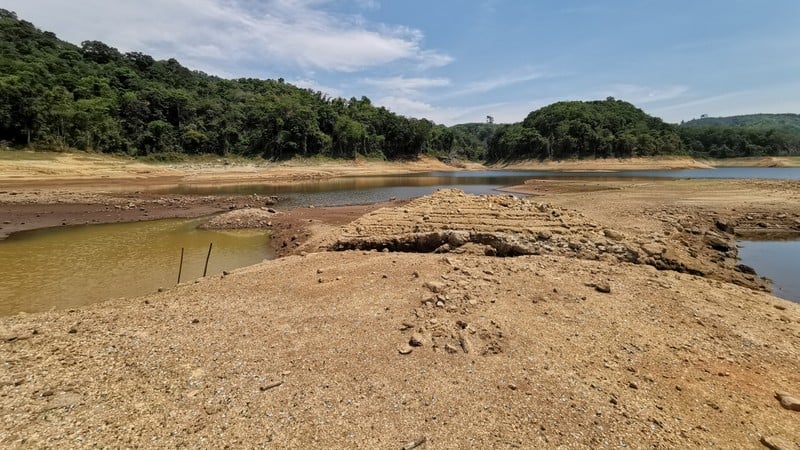 The news comes after a report by the PPIO on Wednesday (Apr 10) noted that the reservoirs had enough water for the island to last just 24 days – until about May 4.

Now, under the latest report, the reservoirs are expected to last until mid-May.

Somsawat Chaisinsod, Director of Phuket Provincial Irrigation Office, told The Phuket News yesterday (Apr 12) that the change in the predicted date until the reservoirs run dry was the result of using different methods to calculate how long the water would last.

He did not elaborate on what had changed – or will change in the coming weeks – that would see the water already in the reservoirs last longer.

However, he did say that he was not counting on rain.

In that report the PPIO noted that the 3.09mn m3 of water was enough to last just 24 days.

“We used better calculations of the volume of water left in the reservoirs and the daily water usage rate to get a more accurate assessment of how much longer the water will last,” Mr Somsawat explained to The Phuket News yesterday.

Noting the slight increase in the reported water level at Bang Wad, Mr Somsawat said that the increase was not due to any water being fed into the reservoir, and that no rainfall had contributed ot the rise in the reported figure.

“This latest report today (Apr 12) is accurate. The water is enough to see us through for the next 33 days,” Mr Somsawat repeated.

However, his explanation comes as The Phuket News receives reports of residents in Kathu who are supplied by PWA not receiving any water supply for two weeks.

Mr Somsawat declined to reveal details of the water-management plan that was supposed to be announced April 1.

However, on Mar 26 Phuket Governor Phakaphong Tavipatana announced that water-management authorities on the island were to do their utmost to secure rights to use water from privately owned water reserves on the island. (See story here.)

“I will inform you when I have the water plan update,” Mr Somsawat said yesterday.

Meanwhile, Graisorn Mahamad, the Branch Manager of the Phuket office of the Provincial Waterworks Authority (PWA), told The Phuket News yesterday that he was in the process of having extra water to be provided from privately owned water source to feed the Bang Wad reservoir.

“We have already connected the pipes needed, and we just finished installing the water pump yesterday (Apr 11),” he said.

“This will add water from a private source to Bang Wad,” he added.