Recently I decided to drive over to Patong Beach to see what excitement was happening with the opening of the island to the international visitors. I hoped restaurants and shops were open welcoming guests for the first time in well over a year. 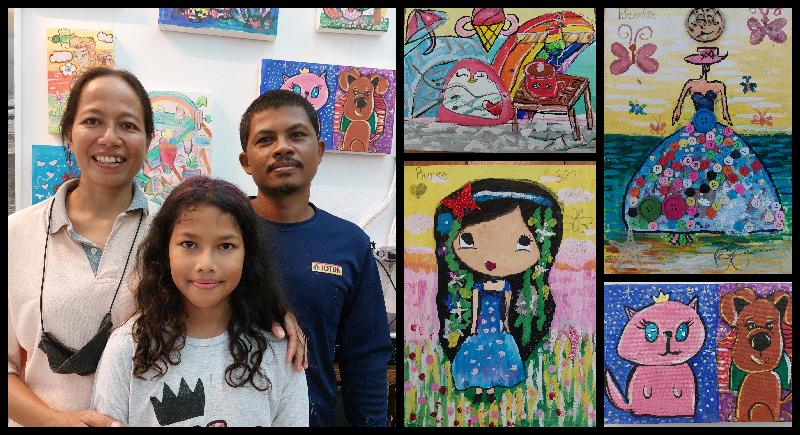 It was a stormy day with monsoon rains preventing anyone, if there was anyone, from leaving their hotel room. Restaurants and shops were still closed and the streets were empty as though some great disaster had occurred and indeed it had, a pandemic.

So I fondly drove around looking for remnants of places I had once enjoyed reviewing for restaurant guides. Very few still exist. Sad to see that one of Patong’s best boutique restaurants and bars, the White Red near the beach at the Dolphin roundabout was gone. It was perhaps the most artful corner in the area with outside panels of corrugated metal with bright red and white signs and interiors with furniture made from repurposed wood with local art on the walls. This was all made better by some of the best Thai cuisine at the beach.

I stopped to explore if anyone was still on the premises and found Noi Malison moving what was left of his restaurant into storage. Khun Noi originally came from deepest Isan, Si Sa Ket, to work as a labourer 24 years ago as a teenager and had managed to save enough money over the years to build his own restaurant. With his wife, Bo Sungkong, who directed kitchen operations, they managed a popular bistro popular with many foreigners who vacationed on the island.

That was before the arrival of COVID, which saw their business falter like so many others. Their restaurant had to close and they lost the benefit of many years of work that was to provide them with a secure future.

Noi had to sell White Red restaurant and now he and his wife and daughter live upstairs in his former workshop which he has transformed into an artist studio for his 10-year-old daughter, Burke, whose paintings once graced the walls of their restaurant.

Now that the restaurant is gone, sold to provide some income for the hard-working family, attention has focused on developing Burke’s many talents as an artist and musician.

“Burke started with clay at just four years old and moved to watercolours, acrylics and pastel crayons since then.

She has had several art teachers who have shown her how to use the materials, but she has her own ideas about what to create by combining materials,” says her mother.

Most of her paintings are figurative images she gets from searching the internet. She checks out well known artists and painters with a web presence and then combines images. She loves colour and her vibrant creations are reminiscent of floating people and symbols common to the works of Marc Chagall and Salvador Dali.

Many of her paintings are of artist models or children at play. They are genuinely surprising as she uses varied playful images common to children but finished with a remarkably adept and competent touch. She has an impressive body of work of varied styles, some with her own handmade frames and many where she has appliqued found objects to give a painting added character.

Burke has also studied the piano and continues to take lessons even as the family’s income has dwindled. Competent with playing familiar classical pieces, her music really comes alive when she plays her own compositions that again, are interpreted from what she has learned.

Noi and Bo do not have a clear idea about their life on Phuket now that their business is gone. They are waiting for better times and a return to sharing their cuisine and art with their guests.

The area in Patong around Rat-U-Thit Rd is very unhealthy for foreign tourists to stay. Monthly aver...(Read More)