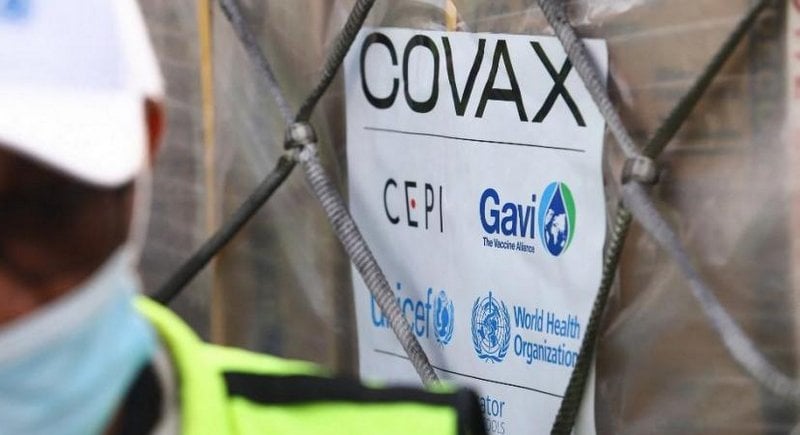 Covax, a scheme designed to ensure that poorer countries do not miss out on COVID-19 vaccines that have so far been largely hoovered up by rich nations, is aiming to deliver at least two billion doses by the end of the year.

Akufo-Addo received his AstraZeneca shot live on television along with his wife, a day before the rest of the first batch of 600,000 Covax doses are deployed across Ghana.

“It is important that I set the example that this vaccine is safe by being the first to have it, so that everybody in Ghana can feel comfortable about taking this vaccine,” the president said.

India’s Prime Minister Narendra Modi also got his coronavirus jab yesterday – although a glitch in the online booking system meant thousands of others were turned away from hospitals nationwide.

And in the United States, 3.9 million doses of the Johnson & Johnson vaccine are due to be delivered after it became the latest jab to get the green light from US regulators.

The J&J rollout comes as a boost to President Joe Biden’s plan to beat back a virus that has killed more than half a million Americans, making the US the world’s worst-hit nation.

Vaccines are seen as crucial to returning the world to normality and healing the economy after a pandemic that has claimed more than 2.5 million lives across the globe.

More than 224 million vaccine doses have been administered worldwide, according to national data compiled by AFP, with the Philippines among the latest countries to launch a rollout yesterday.

But rich countries have bought up the vast majority of those available, prompting the World Health Organization (WHO) to warn that the crisis cannot end unless poor countries can vaccinate their populations too.

A new row is brewing over a call, led by India and South Africa, for intellectual property rights to the vaccines to be waived.

Backed by dozens of governments from Argentina to Bangladesh, they argue that this would boost production and ultimately bring the pandemic to a swifter end.

But the United States, the European Union and Switzerland – home to major pharmaceutical firms – oppose the idea, which is being thrashed out at a World Trade Organization meeting yesterday and today.

“It’s such a relief. I couldn’t bear to look at myself in the mirror before!” Hans-Joachim Berthold, a 64-year-old Berliner, told AFP after his first cut in two and a half months.

But while inoculation campaigns are now well under way, the spread of highly infectious COVID variants has fuelled worries that they could prove more resistant to the vaccines.

Britain has appealed for a person infected with the potent Brazilian strain to come forward after the person failed to leave contact details while being tested – meaning they could still be infecting others without knowing it.

In some countries, widespread vaccine scepticism remains another obstacle to achieving mass immunity, although a survey of six countries suggests willingness to get the jab is on the rise.

Even in France, the country with the least enthusiasm of those surveyed, willingness is up to 59%, the study by KekstCNC found.

In the entertainment world, mass vaccinations are fuelling hopes of an eventual return to live events with big crowds.

The Berlin film festival kicked off online yesterday, but organisers are hoping to stage a gala awards ceremony in June if pandemic conditions permit.

At the usually-glitzy Golden Globes on Sunday night, awkward technical glitches interspersed the dishing out of awards to those behind some of the past year’s best film and television.