PHUKET:  A 30-year-old woman was found dead from apparent suicide in a her car parked by the side of Sirirat Rd, linking Patong and Karon, yesterday (May 11). 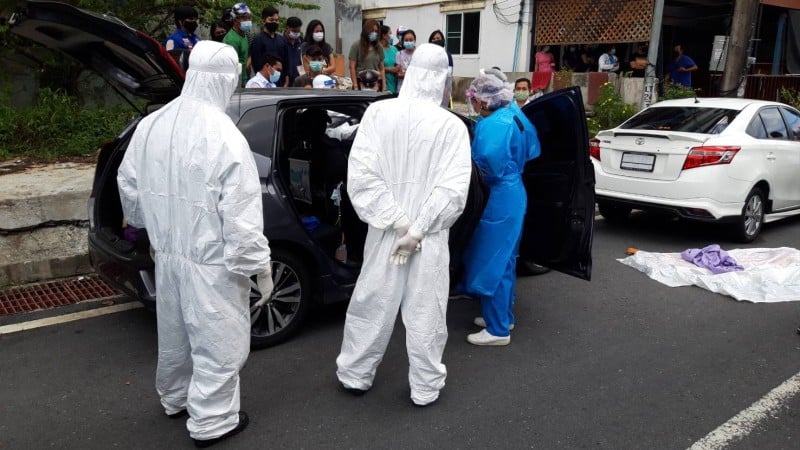 Col Lt Somprasong Labaisa-ad of the Patong Police was called to the scene at about 11am.

Police together with Kusoldharm rescue workers arrived at the scene to find the body of Kanokwan Chuenaka, 30, slumped back in the driver’s seat of a Phuket-registered grey Honda Jazz car.

On the back seat behind the driver’s seat was an electric pan with burnt charcoal, which is presumed to have led to Ms Kanokwan’s death by asphyxiation.

On the front passenger seat was a letter, written in two different parts with pen and pencil.

The letter was addressed to her mnother and father, asking for their forgiveness and for them to take care of her son.

Ms Kanokwan expressed her unhappiness and loneliness, despite her marriage.

Ms Kanokwan’s mother Boonlap Chuenaka told police that her daughter’s death has been accepted as suicide.

Ms Kanokwan’s body was taken to Patong Hospital for further examination as standard procedure before police can release it to her relatives to hold her funeral.