PHUKET: Firefighters from the Rawai Municipality Fire Department today urged people to beware wildfires and ofbehaviours that may carelessly start a wildfire after a blaze broke out near the tourist-popular Phromthep Cape this afternoon (Apr 18). 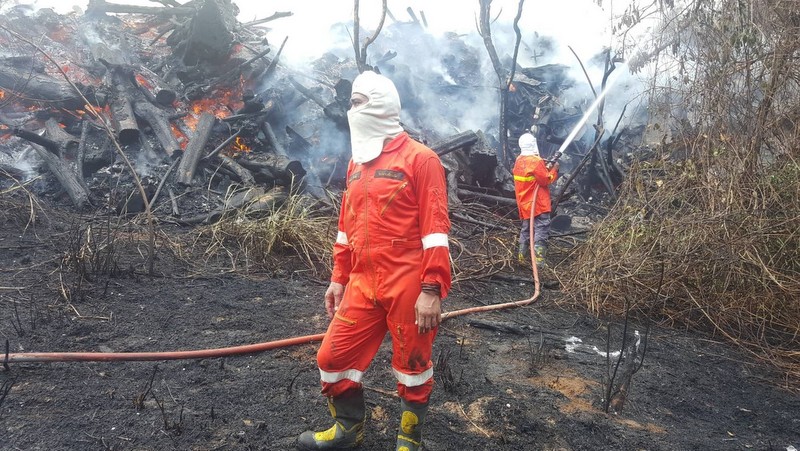 The wildfire today broke out near the football field at about 1pm today.

Fire teams from the Rawai Municipality Fire Department were quickly on the scene and took three hours to bring the blaze under control.

Rawai Municipality firefighters two weeks ago called for people to be careful about wildfires amid the dry conditions in the southern part of the island after a small fire was contained at Phromthep Cape on Apr 3.

Preecha Jennarong, Rawai Municipality Chief Administrative Officer (Palad), told The Phuket News that he believed that fire was started by someone dropping a cigarette by the side of road

“Even though it was a small fire, we must be concerned about it. Many tourists drive through this area, and the conditions are very dry. Grass will easily catch fire, especially grass near the road,” Mr Preecha warned.

“We have also issued a ban on burning trash in the area,” he added.

“I want to tell both local people and tourists to be careful. People must not throw their cigarette butts on the grass,” Mr Preecha said.

“Rawai Municipality Fire Department is ready 24 hours. If you see a fire in Rawai, report it by calling us directly at 076-613800," Mr Preecha said.