GENEVA: The World Health Organization on Thursday (Dec 31) granted emergency validation to the Pfizer-BioNTech vaccine, paving the way for countries worldwide to quickly approve its import and distribution. 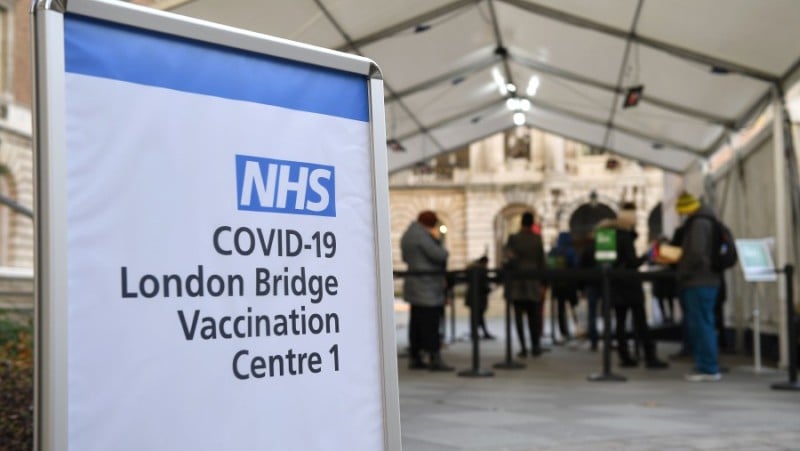 Britain launched its inoculation drive with the US-German vaccine on Dec 8, with the United States, Canada and EU countries following suit.

WHO said the Pfizer/BioNTech vaccine was the first to receive its “emergency validation” since the novel coronavirus first broke out in China a year ago.

“This is a very positive step towards ensuring global access to COVID-19 vaccines,” said Mariangela Simao, a top WHO official tasked with ensuring access to medicines.

“But I want to emphasise the need for an even greater global effort to achieve enough vaccine supply to meet the needs of priority populations everywhere,” she said in a statement.

WHO said its emergency use listing opens the way for regulators in different countries to approve the import and distribution of the vaccine.

It said it also enables UNICEF, which plays a key logistical role in distributing anti-Covid vaccines, and the Pan-American Health Organization to procure the vaccine for countries that need it.

WHO convened its own experts and those from around the world to review the data on the Pfizer/BioNTech vaccine’s “safety, efficacy and quality,” weighing the benefits against the risks.

“The review found that the vaccine met the must-have criteria for safety and efficacy set out by WHO, and that the benefits of using the vaccine to address COVID-19 offset potential risks,” it said.

Britain said Thursday that it had vaccinated almost 950,000 people, as a surge in coronavirus cases prompted the reopening of field hospitals and warnings not to party on New Year’s Eve.

According to the latest government figures, 944,539 people in the UK had received a first dose of the Pfizer/BioNTech vaccine as of Sunday.

A second approved vaccine, developed by Oxford University and British drugs firm AstraZeneca, will be given from next week.

He predicted the number of vaccinations would “rise rapidly in the months ahead”.

Prime Minister Boris Johnson in a New Year message underscored the “hard struggle” ahead, as pressure mounted on the NHS to deal with the rise in cases.

But at the same time, he said that “as the sun rises tomorrow on 2021, we have the certainty of those vaccines”.

The positive news came as England on Thursday was preparing to reopen its Nightingale field hospitals as the surge in cases of the new strain of coronavirus strained bed capacity.

The government launched a campaign for New Year’s Eve telling people to avoid any socialising. “Act like you’ve got it,” it said.

A leaked email sent to staff at The Royal London Hospital, one of the main hospitals in the capital, and published by ITV News, said that “we are now in disaster medicine mode”.

The hospital was “no longer providing high standard critical care, because we cannot”, it added.

An NHS spokesman said the temporary Nightingale facilities across England “are being readied to admit patients once again should they be needed”.

He said that “in anticipation of pressures rising from the spread of the new variant infection,” the authorities asked the NHS to ensure London’s Nightingale hospital was “reactivated and ready to admit patients as needed, and that process is under way”.

The hospital is located in a convention centre in east London.

Seven Nightingale hospitals were opened with fanfare across England during the first wave of the virus at an estimated cost of £220 million, to provide extra beds for patients with coronavirus.

Named after one of the pioneers of nursing, Florence Nightingale, some are in exhibition centres. Other parts of the UK built similar facilities.

Defence Secretary Ben Wallace told Times Radio that the military, which helped to build them, “stands ready” to help staff the hospitals if the NHS runs out of critical care beds.

The Daily Telegraph reported on Monday that the London Nightingale hospital had no patients and had been stripped of beds and ventilators, while the temporary hospitals in two other cities were empty.

According to the latest government data, the United Kingdom had 23,813 hospitalised virus patients as of Monday.

The number of people testing positive in the UK in the last seven days rose 24 percent compared to the previous week.

NHS England said there were 22,728 beds occupied by confirmed cases in England on Thursday.

Three-quarters of England’s population are currently under the harshest anti-virus restrictions and ordered to stay at home except for essential trips.