PHUKET The Thai Meteorological Department (TMD) has re-issued its heavy weather warning for Phuket and nearby provinces for the sixth time since May 26.

weatherconstructionSafetymarine
By The Phuket News 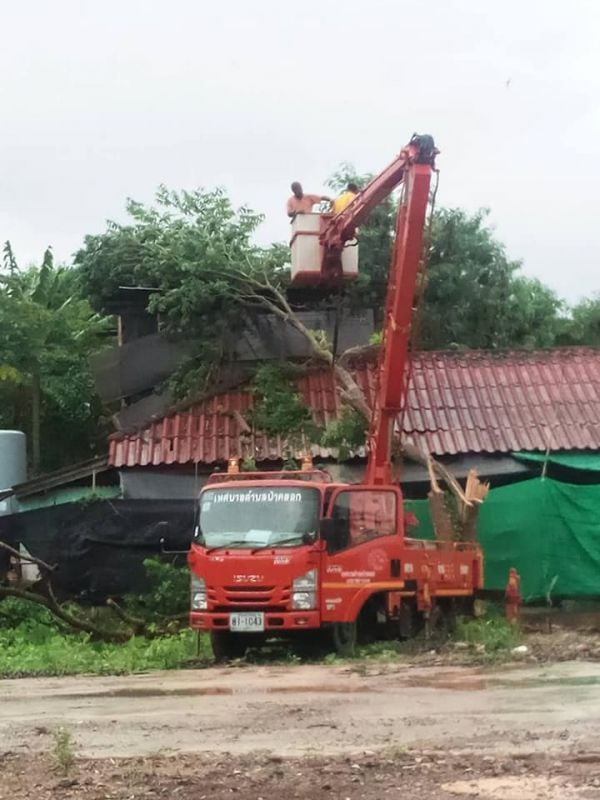 According to the most recent warning, issued at 5am today (May 29), severe weather is forecast to continue until May 30 with waves in the Andaman Sea reaching the height of 2-3 metres and exceeding 3 metres in thunderstorm areas.

“All ships should proceed with caution and avoid thundershower areas, small boats in the Andaman Sea should stay ashore until May 30,” says the TMD warning.

Meanwhile during the previous night (May 28) Phuket already took some damage from heavy weather.

In Rawai, five power poles crashed onto a road after several palm trees fell on cables amid gusty wind. The incident took place in Soi Naya* leaving the area without electricity until Rawai Municipality and Provincial Electricity Authority (PEA) personnel cleared the road and restored the damaged high-voltage line. No injuries were reported.

In a series of separate cases, two trees fell on houses in Moo 1 and Moo 6 of tambon Pa Khlok requiring Pa Khlok Municipality to send workers to deal with the consequences. One more case involved a tree falling on roadside cables, yet the municipality did not report if it led to a power outage. No injuries were reported in these cases either.

*Not Soi Nanai as in the initial report. The error is regretted.