Warning of fake banknotes in Phuket

Warning of fake banknotes in Phuket

PHUKET: Officers from the Bank of Thailand are warning people in Phuket to beware fake banknotes in circulation on the island. 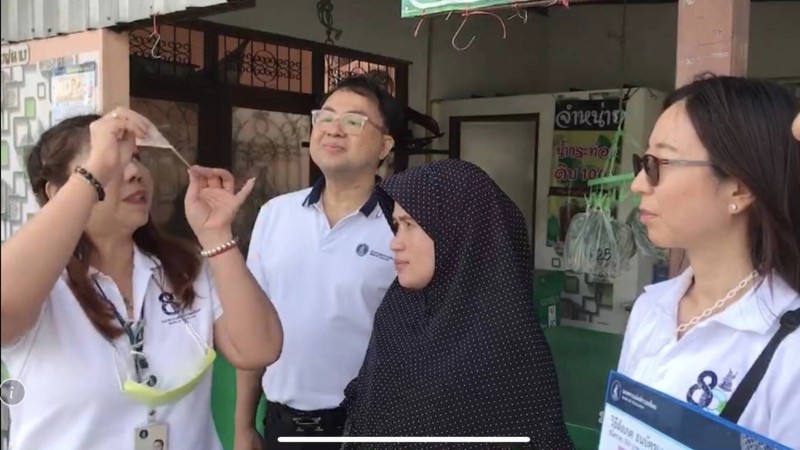 Officials from the Bank of Thailand Banknote Handling Center branch in Surat Thani arrived in Phuket yesterday (Jan 7) to investigate a counterfeit banknote received at a shop in Baan Khian, Thalang.

The fake banknote was handed over by two young men driving a blue PCX motorbike who arrived at the shop and legally bought kratom leaves from the store. The shop owner realised only later that the banknote handed over was fake, the officers reported.

The shop owner, reported only as “Nong Por, then posted a warning online, urging all shop owners to beware fake banknotes in circulation.

“In this case, the victim has done the right steps, only that he did not notice it in time,” one of the officers said in a report posted online.

“But Nong Por knows what the villains look like. He kept the counterfeit note and posted a warning online. When we heard the news, we followed up and we also went to the police station,” the officers noted.

The incident served as a warning to all shops as an example, the officers also noted in their report.

“It would help if everyone accepting banknotes paid a little attention [to the banknotes they are receiving], It takes only about five seconds and we can help stop counterfeit banknotes [from being passed on],” the officers noted.

While in Phuket, the team of officers from the Bank of Thailand visited shops in the area and handed out posters explaining the details to look for in order to identify a genuine Thai banknote.

“If there is a picture of the King, it’s a real banknote,” one Bank of Thailand staffer said. “But if the banknote is fake, it will be the paper that feels wrong,” the staffer added.

The Bank of Thailand lists the range of Thai banknotes currently in circulation on its website here.

A list of the counterfeit deterrence features to look for can be found here.

People were advised to look for the golden security strip embedded in all B1,000 notes to ensure their legitimacy, reported the Bangkok Post.

The strips are seen as segmented when viewed normally. The words ‘1,000 BAHT’ can be seen when the strips are held up to the light, and the colour will change to green when rotated.