PHUKET: The Phuket Governor has issued a general burnoff ban and a general fire warning as dry conditions continue across the island. The warning comes as fighters in Rawai were called to douse a blaze at a snake show storeroom yesterday (Mar 17).

Safetycrime
By The Phuket News 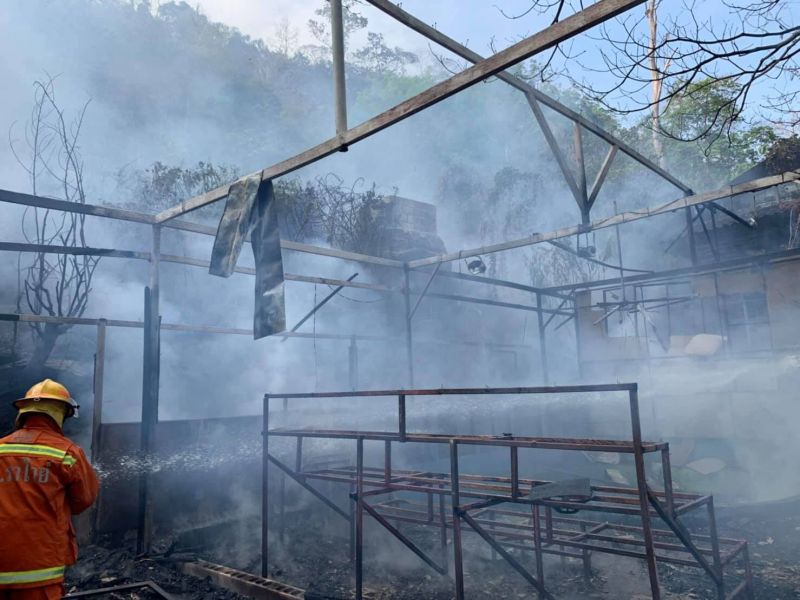 “There are forest fires every year in the dry season, especially in national park areas, wildlife sanctuaries and protected forests. These fires can have a deep impact on the forest, animals and local people’s health,” Governor Narong explained in the warning.

“The government has spent a lot of money to resolve the fire problem,” Governor Narong continued.

However, he pointed out, “Forest fires are mostly caused by people who burn trash and other waste, including agricultural burnoff, near natural forest areas, as well as those who go to find the wild things in the forest.”

The warning marked that “To prevent forest fires and reduce the PM2.5 pollution, the governor will use the authority under the Disaster Prevention and Mitigation Act 2017”.

As such, Governor Narong ordered a ban on all unapproved, and unsupervised, burnoffs.

“Those who need to burn some areas to prepare for another plantation must inform their village head [Kamnan or Phu Yai Ban] before conducting the burn,” the order noted.

“They must also contact officers from the Department of Disaster Prevention and Mitigation [DDPM] to come and monitor the fire,” the order added.

“District chiefs, subdistrict chiefs [Kamnan], village chiefs Phu Yai Ban], mayors and heads of tambon administrative offices [OrBorTor] are responsible to keep their eyes open for forest fires and are to inform local residents to follow this warning strictly from now on.” the order added.

The order noted that any persons found guilty of starting a fire in a protected forest area stood to face four to 20 years’ imprisonment or a fine of B400,000 to B2 million, or both.

The order also warned that any person caught starting an illegal fire also stood to be charged for arson under Section 220 of the Criminal Code, which can incur a penalty of up to seven years in jail or a fine of up to B14,000.

All people who see a forest fire were urged to first try to douse the fire by themselves, then inform the local DDPM office or Phuket Forest Fire Control Station by calling 081-2715949 or the national hotline 1362.