Visa-on-arrival waiver extension in the works

Visa-on-arrival waiver extension in the works

BANGKOK: Plans are afoot to extend the waiver of the visa-on-arrival fee for another three months to ward off an economic slump during the transition to a new government. 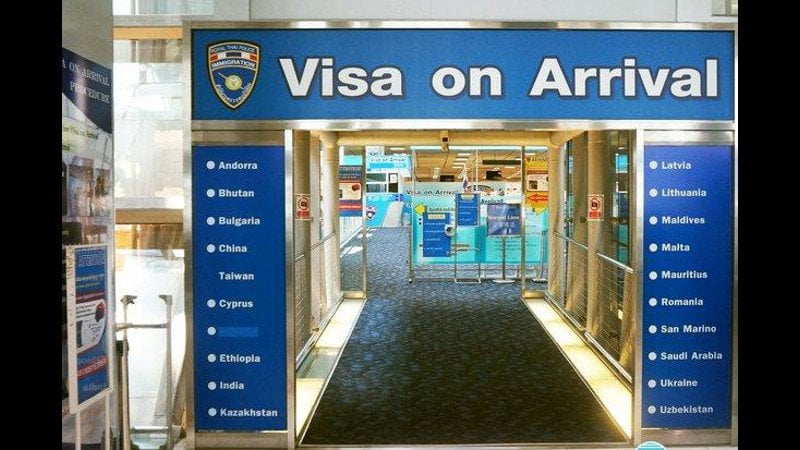 Thailand plans to extend the waiver of the visa-on-arrival fee for visitors for another three months to boost tourism. Photo: Bangkok Post

Deputy Prime Minister Somkid Jatusripitak said the Immigration Bureau is scheduled to propose to the cabinet at its April 9 meeting an extension of the exemption of the B2,000 visa-on-arrival fee for visitors from 21 nations until July 31 this year.

The fee waiver, designed to give a much-needed boost to the tourism industry, is scheduled to expire on April 30.

“Investors are expected to take a wait-and-see approach over the next three months while the new government is being formed,” said Mr Somkid. “The tourism industry will play a significant role in contributing to economic growth during the period.”

He said infrastructure projects such as the high-speed rail to link Suvarnabhumi, Don Mueang and U-tapao airports; the port expansion of Laem Chabang and Map Ta Phut; U-tapao aviation city; a maintenance, repair and overhaul centre; and Bangkok mass transit projects are expected to continue regardless of which parties form the new government.

Surachate Hakparn, the commissioner of the Immigration Bureau, said Mr Somkid acknowledged that the visa fee exemption has helped draw many visitors the past three months.

The government waived the visa-on-arrival fee for visitors from 21 countries to help the tourism industry from Nov 15, 2018, to Jan 14, 2019. The measure was then extended until April 30.

He said the bureau recently introduced a new service called e-visa-on-arrival to facilitate the immigration process.

The new service cuts processing time for visas on arrival at airports to as little as one minute.

Mr Surachate said the bureau is scheduled to utilise artificial intelligence in the immigration process over the next 4-5 months. The system, through a collaboration with Britain, will be implemented during the Asean summit in November.

Extending the fee waiver was a key agenda item proposed at last week’s Tourism Council of Thailand (TCT) meeting, in which local operators were calling for the scheme to run until October, or another six months.

The Association of Thai Travel Agents will also offer two optional measures for the ministry to consider, including imposing double entry visas for travellers who come for Mice (meetings, incentives, conventions and exhibitions) events and re-entry visas for foreign tourists that visit second-tier provinces that share borders with neighbouring countries.