FORMULA ONE: Sebastian Vettel has had a difficult start to his post-Ferrari life at Aston Martin. 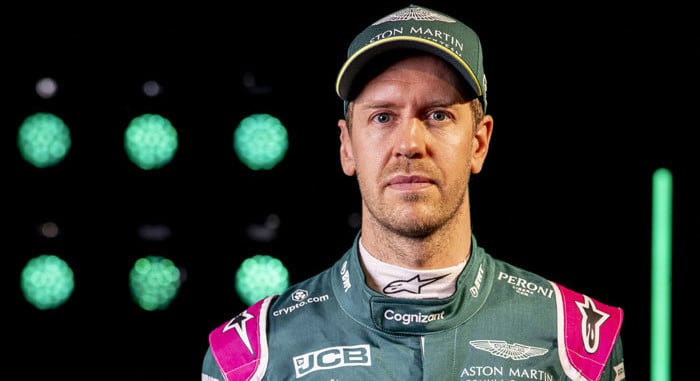 Sebastian Vettel chose Aston Martin to begin a new chapter for his F1 career, but so far worrying signs of the old Seb remain. Photo: AFP.

Deprived of most of his preseason testing time through unreliability, his first weekend in green returned him a scoreless 15th place and five penalty points for a variety of misdemeanours.

It’s fair to say the four-time champion’s last 12 months have been rocky.

Less than a year ago he was suddenly cut loose by Ferrari, which for as long as five months had been negotiating behind his back to replace him with Carlos Sainz.

The once heralded but ultimately fruitless Ferrari partnership had started uncomfortably. Management bloodletting meant the team Vettel joined in 2015 bore little resemblance to that which he’d been sold, leaving him without the principals he expected to be supporting him upon arrival.

The extremely political nature of the de facto Italian national team then left him unable to exercise the kind of soft power he’d wielded during his title years at Red Bull Racing, and his attempts to influence garage operations were publicly smacked down by management in 2016.

Genuine title chances in 2017 and 2018 subsequently went begging. Points lost through Vettel’s mistakes — his now famous pressure spins and other unforced crashes - would have been enough to swing the momentum alone, earning him wounding comparisons with Lewis Hamilton’s sheer relentless at Mercedes.

His reputation battered, in 2019 Ferrari inducted protégé Charles Leclerc to begin preparing for the future. But the transition was rapid, the apprentice beating the master by 24 points in their first year together.

Most painful was Leclerc’s famously hard-fought victory over Hamilton at the Italian Grand Prix, won from pole after ignoring team orders to help his teammate during qualifying. Vettel, who never won Ferrari’s home race in red overalls, spun himself out of victory contention after just six laps.

Leclerc had arrived ahead of schedule. Vettel, suddenly yesterday’s man, slumped to the lowest point score in his career on his way out the door in 2020.

Yet Aston Martin didn’t hesitate to snap him up.

“We all need a little love sometimes,” Aston Martin principal Otmar Szafnauer said at the time. “To drive at your best and on the edge is a very mental exercise.

“I think he will flourish with us.”

There’s reason for optimism in Vettel’s outlook. The independent British team with big dreams and no polemics has echoes of Vettel’s glory days with Red Bull Racing, and as a championship signing he’ll receive the respect he felt was lacking in his last years at Ferrari.

But the early signs aren’t pointing to a comeback.

The AMR21 is a slower car than last year, and rule changes have hurt its design philosophy in a way that poorly suits Vettel’s driving style.

The season-opening Bahrain Grand Prix was correspondingly uninspiring, but whereas teammate Lance Stroll at least qualified and finished 10th for a solitary point, Vettel was demoted to last on the grid for dangerously ignoring yellow flags during qualifying and unedifyingly crashed into Esteban Ocon while fighting a losing battle outside the points.

“It’s really early days,” Szafnauer protested post-race. “The car he’s driving now is totally different to the one he drove before.

One race is far from a representative sample, but with each passing weekend the stakes are raised.

The outcome of Vettel’s final F1 chapter hinges on how significantly he can deliver for his new team, winning car or not. Succeed and be restored. Fail and risk being remembered as a fading star that lingered too long.