RUGBY: Phuket’s rugby future continues to improve, with the island’s club Vagabonds RFC establishing their youth development academy from their base at the Alan Cooke Ground (ACG) in Thalang. 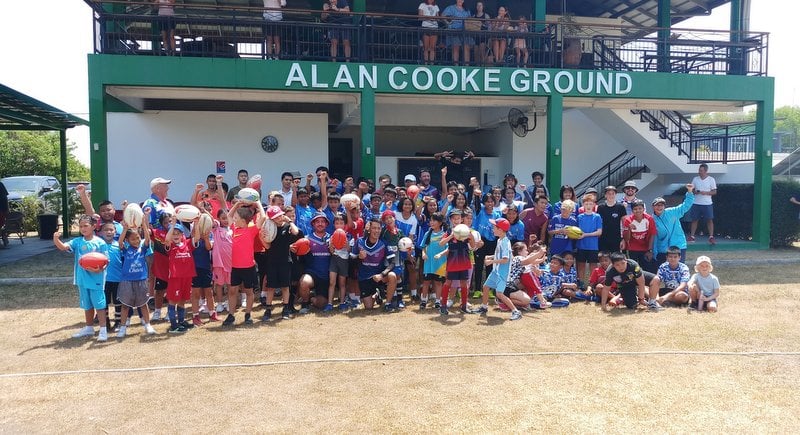 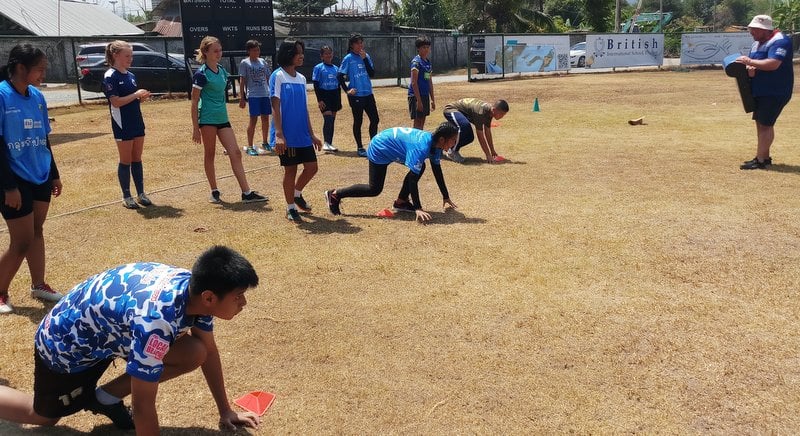 Last Saturday (Feb 27), players and coaches from the Vagabonds held a free coaching clinic for just over 80 young rugby enthusiasts, some of whom had never played the game before.

Santiago Lopez, the club’s youth development officer, led the day’s organisation in bringing 40 youngsters from Patong municipal school with an additional 40 attending from a number of other schools located around the island.

With a dozen coaches on hand, four stations were prepared to educate the young players in skills such as safe tackling, accurate and timely passing, agility and manoeuvrability, rounded off with an enjoyable and engaging game of touch rugby.

Yet again, the event has been met very favourably with grateful and complimentary feedback received from both players and parents. Plans for the next clinic are already underway with the date of March 13 or 20 expected to be confirmed shortly.

Over the years, Phuket Vagabonds have been heavily involved in rugby and the sport’s youth development programs. Last Saturday’s clinic followed an equally successful camp organised in November last year and is part of a broader drive to establish a scheduled youth training program on the island.

“By pushing rugby we hope that we can build a mini and juniors Phuket rugby team to compete with neighboring and nationwide provinces in the near future,” commented Dan Ashburn, captain of the Vagabonds.

“With rugby on the rise in Thailand and more and more enjoying the game over its many provinces we want Phuket to join the party and become a competitive team within the Thailand rugby union set up,” he added.