PHUKET: Despite foreigners in Phuket reporting varied success in being vaccinated through the ongoing government mass-vaccination campaign, Pracha Asawateera, the Digital Economy Promotion Agency (DEPA) Area Manager for all of Southern Thailand, has assured that the vaccination of foreigners in Phuket is still going and will continue as long as vaccine doses continue to be supplied to the province. 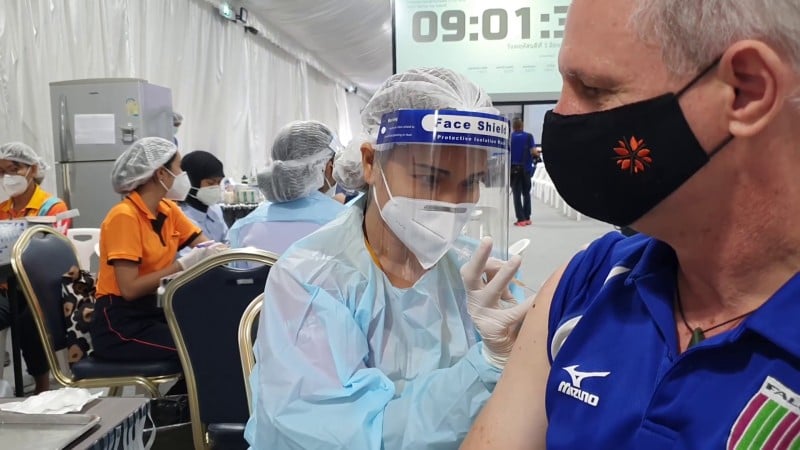 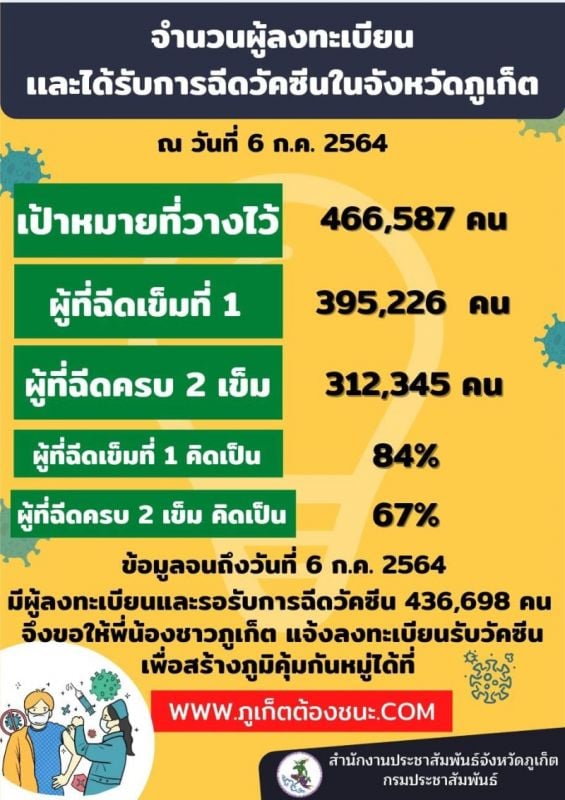 Mr Pracha, as the DEPA chief for Southern Thailand, is involved in the mass-vaccination rollout in Phuket through overseeing the Phuket Must Win [www.ภูเก็ตต้องชนะ.com] online registration portal. By provincial policy, all people in Phuket, Thai or foreign, to be vaccinated through the government campaign must be registered through Phuket Must Win.

“After the two offices have given their approval, the system will allow foreigners to select their queue [location to receive a vaccination injection]. The two-step process is to make sure that the foreigners are living in Phuket, not from somewhere else,” Mr Pracha said.

“Right now, in total 59,352 foreigners have been registered and 38,512 have received their first injection while 19,946 have fully been vaccinated with two doses. A further 894 are in line to receive their vaccination,” he added.

Mr Pracha confirmed that foreigners in Phuket can still register to be vaccinated, but delays were likely as vaccination appointments will be allocated only after the required vaccine doses arrive from Bangkok.

“When the vaccines come, the foreigners who have already been approved will be allowed to book their queue. However, it depends on the Phuket Public Health Office [PPHO] to manage and allocate which vaccine doses are for which groups of people,” he said.

Asked how many vaccine doses of which vaccines were still available in Phuket, Mr Pracha said, “I have no idea. You must ask the PPHO.”

However, as already confirmed by some expats in Phuket, he confirmed that AstraZeneca is being administered to some foreigners.

“We are giving AstraZeneca to those who are older than 60, but after we have fully vaccinated the elderly in the community, those who are younger may be able to get the [AstraZeneca] vaccine too,” he said.

“The vaccination of foreigners will keep going as long as we still receive the vaccines,” Mr Pracha assured.

Explaining the slowdown in the number of vaccinations being reported over the past week, Mr Pracha said, “The medical staff [administering the vaccinations] have just taken a rest. They will come back and continue to give vaccination injections.

“However, I have not yet received their plan for when they will continue,” he said.

As of yesterday (July 6), 312,345 people in Phuket had received their second vaccination injection and were considered “fully vaccinated”, the Phuket office of the Public Relations Department reported earlier today.

As such, only 67% of the target number of people in Phuket to be vaccinated have received their second vaccination injection, unchanged since Sunday.

Phuket officials have designated 466,587 as the target number of people in Phuket to be vaccinated in order to achieve herd immunity. The 67% is not of the actual number of people on the island.

The number of people in Phuket who as of yesterday had received one vaccination injection had grown to 395,226, marking an increase of 3,217 since Sunday, said the report.

Likewise, the low number of new vaccinations leaves the “percentage completed” for people who have received one injection unchanged since Sunday, at 84% of the 466,587 target.

Achieving herd immunity against COVID-19 through vaccinations was originally explained as a critical requirement in order for the central government to even allow the Phuket Sandbox reopening of tourism on the island to go ahead.