UWC Thailand has been officially granted full member status to the United World College (UWC) movement, ending its probationary status which it has held since 2016 when it first joined. 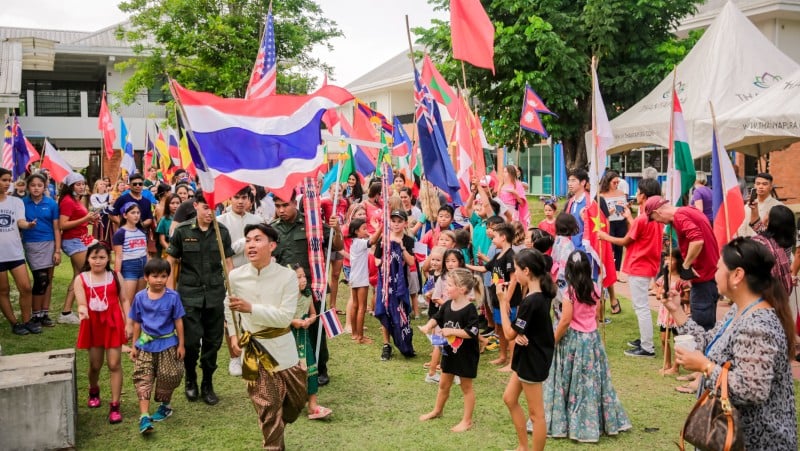 The UWC International Board on April 16 recognised that there has been a significant positive change with regard to the governance structure, personnel and funding of UWC Thailand, as well as an agile response to the difficult current year.

Jens Waltermann, Executive Director of UWC International, said, “UWC Thailand for many years has made important and innovative contributions to UWC education, be it through its Mindfulness programmes or Arrowsmith. After its impressive transition to becoming a school firmly rooted in, and carried by its school community, we have also seen a recommitment to scholarship provision and to building a true residential community on the beautiful UWC Thailand campus. I am more than happy ‒ on behalf of the UWC International Board ‒ to reconfirm UWC Thailand’s status as one of the 18 UWCs around the globe.”

As a full member, UWC Thailand will continue to extend the distinctive UWC educational model, vision and mission to this part of the world and offer more students access to its progressive global programme.

“We would like to thank everyone in the UWC International Office, the International Board and the Probation Panel for their decision and endorsement of our school. We are excited about the future ahead,” Ben Gilmartin, Deputy Chair of the UWC Thailand School Board explains, “A lot of work has been done in the past year, despite COVID, to establish UWC Thailand firmly and deliver the visionary education that UWC offers in Asia. We are stronger than ever before.”

This news follows two positive re-accreditation reports that UWC Thailand received in the past six months from the International Baccalaureate (IB) and the Council of International Schools (CIS). These accreditations demonstrate UWC Thailand’s ability to meet and exceed the high standards of professional practice IB and CIS demand for international education, as well as UWCT’s commitment to continuous improvement.

“The most distinguishing feature, and greatest strength, of the school is its engagement and action within and beyond the school community. The mission and values the school truly believes in, promises and practises is outstanding. Using the five pillars, and the educational model as an organisational structure, the impact of student learning is authentic, significant, and powerful,” noted the CIS Evaluation Report.

“We are very proud to be a member of the UWC movement. It has taken an immense amount of belief, time and effort from everyone to make this happen, from our Boards, leadership team and our amazing community of staff, to the students and parents who had faith in what we are doing. UWC Thailand truly is a community like no other,” commented Jason McBride, UWC Thailand Head of School.