PHUKET: The Royal Thai Navy and the USS Navy have begun conducting peace-keeping drills in the Andaman Sea under the the eighth iteration of the Guardian Sea exercises, which include a nuclear-powered US Navy Los Angeles-class fast attack submarine.

militarymarine
By The Phuket News 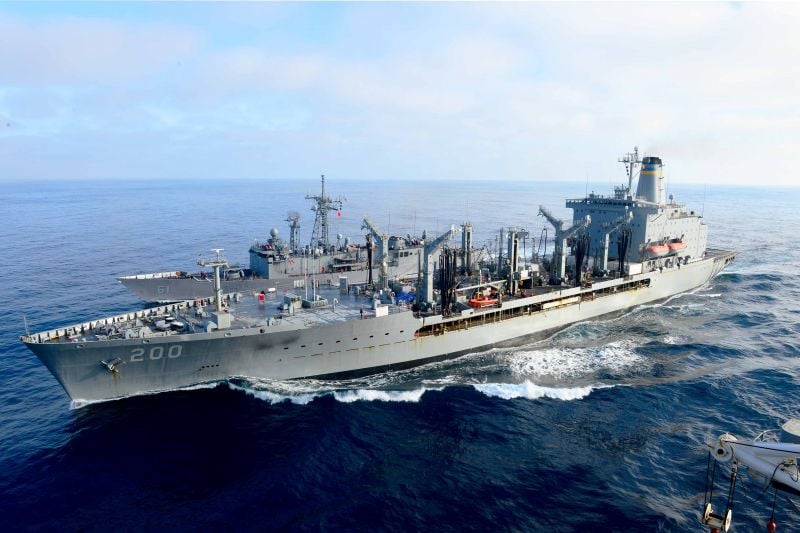 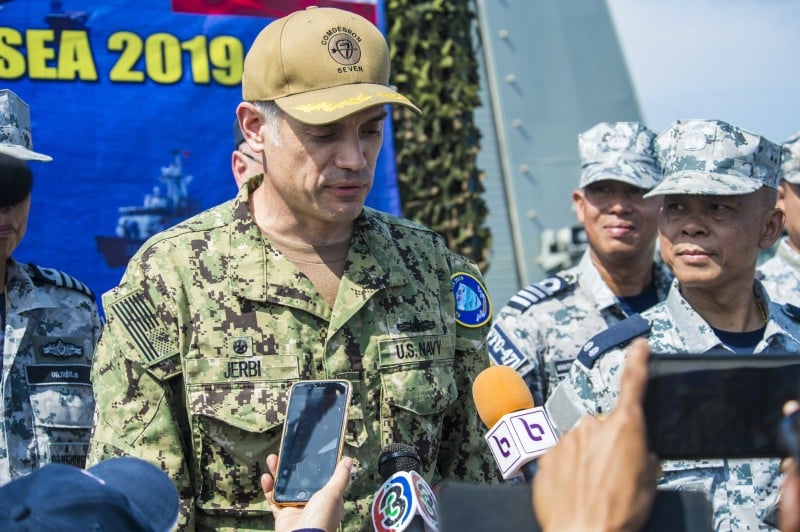 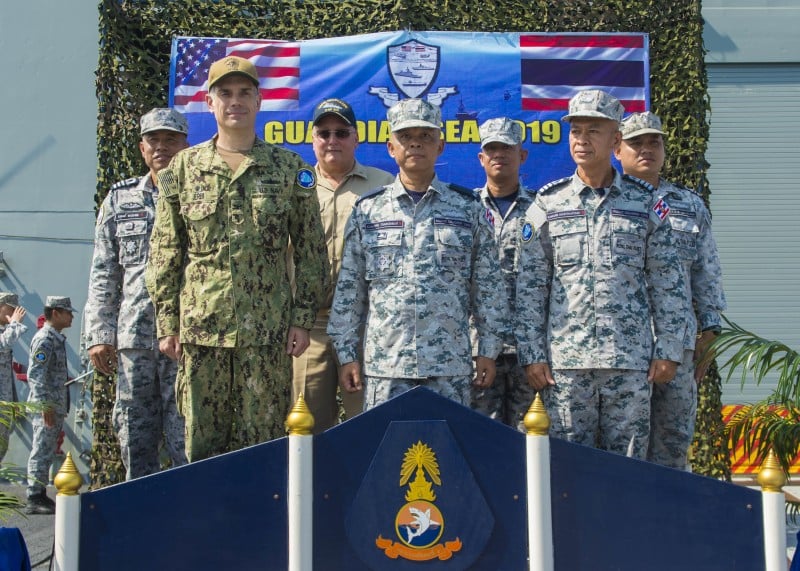 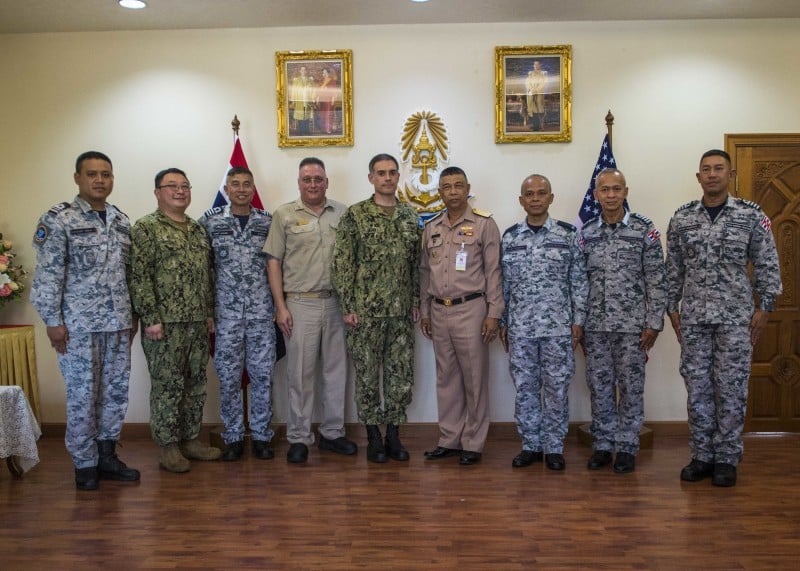 US and Royal Thai Navy leaders stand together after a senior delegation office call at the Third Naval Area Command Headquarters, as part of Guardian Sea 2019 yesterday (Apr 7). Photo: US Navy The Los Angeles-class submarine, not identified in reports, and underway replenishment oiler USNS Guadaloupe along with two RTN frigates, a corvette and a Sea Hawk helicopter will participate in over a dozen drills, designed to incorporate shared techniques in real-world at-sea environments.

“Guardian Sea 2019 marks the first time the RTN will deploy a towed array. The towed array sonar aboard HTMS Bhumibol Adulyadej, used for detecting undersea contacts including submarines, demonstrates the increasing complexity and sophistication of the exercise with more advanced training objectives,” The US Navy noted in its release announcing the commencement of the exercises.

“The US and Royal Thai Navy continues to work closely in anti-submarine warfare towards building upon our already-established combined capabilities,” said Capt Matt Jerbi, commodore of US Navy Destroyer Squadron 7.

“Guardian Sea 2019 is a premier exercise that demonstrates our commitment to each other in ensuring that we are ready to counter any threats together, both above and underwater,” he said.

“This is the kind of training our Sailors practice for at home and implement at sea,” said Rear-Admiral Jimmy Pitts, commander of the US Navy Submarine Group Seven.

“We’re excited for the opportunity to showcase the skills our crews have honed and sharing our best practices with our Thai Navy counterparts,” he added.

The exercise is organised in two phases with a shore phase consisting of subject matter expert exchanges across every aspect of anti-submarine warfare and a subsequent sea phase that culminates with tracking a submarine while protecting a surface ship in a “free-play” event.

The exercises yesterday also saw the Royal Thai Navy contingent fire a C-802A anti-ship missile as part of the drills.

“Our ability to conduct anti-submarine exercises while implementing lessons learned, advanced tactics and procedures into each new iteration of Guardian Sea is a testament to the professionalism and interoperability of both U.S. Navy and Royal Thai Navy forces,” said Lt Josh Northcutt, US Navy Guardian Sea lead planner.

“Having been part of the team during Guardian Sea 2018, I look forward to building upon shared knowledge from last year and reconnecting with our friends from the Royal Thai Navy.”

“These engagements serve to enhance information sharing and coordination, build mutual warfighting capability and support long-term regional cooperation,” noted the US Navy in its release.