I love travelling in Japan, and when I recently returned for the third time to Kagoshima prefecture on Japan’s south island of Kyushu, I knew I wanted to explore new places and have new experiences. 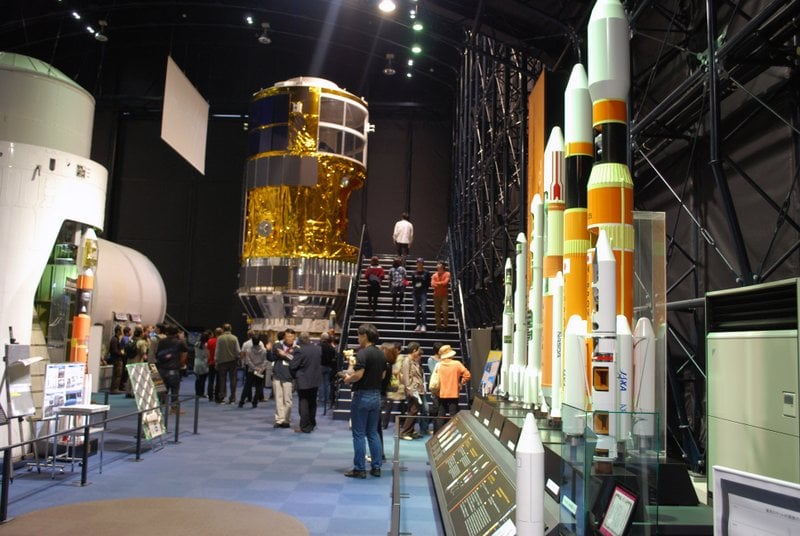 Fortunately, Kagoshima has a basketful of treasures to choose from. I particularly wanted to visit the Tanegashima Space Center on Tanegashima Island and watch turtles lay their eggs at Turtle Beach on Yakushima Island.

After landing safely at Fukuoka Airport we took a short Shinkansen train ride from Hakata station to Izumi station.

Before long we were heading up into the mountains and forests around Isa City for a special “black” pork lunch at OKB (Okita Kurobuta) Farm, where they rear their own famous black pigs. They roam the forests in the area. The BBQ pork and cold drinks were great.

Afterwards we checked into the Ryokojin Hotel Sanso (a hot springs mountain lodge) in Kirishima. The hotel opened in 1917 so it’s celebrating its centennial this year. Before unpacking we headed straight to the onsen (bath-house) for a refreshing soak in the natural waters from the hot springs that has made this region famous as a spa destination.

It was wonderful to bathe and relax before changing into yukatas (cotton robes) for a traditional Japanese dinner, with so many delicious courses I lost count.

After a good sleep and early breakfast we checked out to catch the high speed ferry to Tanegashima Island from Kagoshima port to visit the JAXA Space Centre.

The JAXA run Tanegashima Space Centre (TNSC) is a Japanese space development facility. It was established in 1969 when the National Space Development Agency of Japan (NASDA) was formed, and is now run by JAXA.

The activities that take place at TNSC include assembly, testing, launching, and tracking satellites, as well as rocket engine firing tests. It is Japan’s largest space development centre. Orbital launches of the H-II rockets take place from the Yoshinobu Launch Complex. Yoshinobu has two launch pads.

There are also buildings for assembly of spacecraft, and for radar and optical tracking of launched spacecraft. On days of rocket launches, space enthusiasts from all over Japan gather on the island.

We had booked a guided tour of the facilities (in advance) explored the expansive site on a bus, and even approached the launch pad. An amazing tour.

We also saw the rocket components and the control centre. This is the only site in Japan that offers such a tour. It was an outstanding visit. Thoroughly enjoyable with great exhibits and tours. You must visit the space shop afterwards!

After another good sleep and fabulous breakfast at the Cosmo Resort, we were off – first stop, the Hirota Site Museum. The Hirota Site is the remains of an ancient cemetery dating back more than 2,000 years. About 160 sets of human bones and 44,000 artefacts made from shells have been excavated at this site.

Due to its unique location and artefacts, the site was designated as a national historic site in 2008. The museum exhibits show how the people lived at the time, and how they were buried.

This was followed by a visit to the amazing Chikura Cave (Chikura No Iwaya – “The Cave of 1,000”). The cave is huge and can hold 1,000 people – although we were pretty much alone.

After the caves we drove north back to the ferry port to visit Yakushima Island. We were now in Kagoshima Prefecture. It’s known for its wildlife, waterfalls, cedar forests and turtle nesting grounds.

Firstly, we visited Yakusugi Land – a forested area home to scores of 1,000-year-old cedar trees. Raw nature and pristine forest. We saw some deer and many varieties of birds. Afterwards we drove to our hotel, the Yakushima Iwasaki. On the way we saw a few monkeys. Apparently, the island has more monkeys and deer than people.

We managed a quick visit to the wonderful and huge onsen in the hotel and changed before heading off to dinner. At about nine o’clock, with dinner finished, we set off to Turtle Beach a short drive away at Kurioshima.

Turtles had been seen earlier in the week. Would we be lucky tonight? After a wait of about one hour in bright moonlight… Good news! A turtle had been spotted!

We all lined up and were taken to watch silently as the sea turtle dug her nest in the sand and layed over 100 soft round ping-pong-ball-sized white eggs. We were told we couldn’t use flash photography and could only stay behind the turtle.

I think it was a loggerhead or a leatherback turtle although the locals called it a blue turtle. The season for egg laying is May-July when they would expect 500 turtles on this stretch of beach.

Watching this amazing animal that had returned to the beach where she was born and dragged herself up the sand dunes above the high-water mark to lay her eggs was a wonderfully unique and moving event – a truly once-in-life-time experience.

The next day we paid a visit to the thundering Ohko No Taki waterfall (one of Japan’s tallest). It was a beautiful day, bright sunshine and clear blue skies.

This was followed by a visit to the Yakusugi Museum to look at the history and management of the giant cedar trees that are many hundreds of years old.

Afterwards, it was back to Kagoshima by ferry for our last two nights. We stayed at the Sun Royal Hotel and in the evening we went to see a football match: Kagoshima United FC vs Gainare Tottori.

We came to support the Thai player – Khun Sitthichok Paso. His team KUFC won 2:1. The teams were well supported and there were many families with young children among the supporters.

Outside the stadium there were great food vans selling a wide array of delicious snacks and drinks. It had a fun carnival atmosphere.

The next day we drove 40km north west to Ichikikushikino City to visit a Shochu distillery. The Kinzangura Shochu Factory is located in a gold mine and accessed by a miniature railway deep inside the mountain.

Shochu is a Japanese alcoholic beverage made from sweet potatoes, rice and malt. We later visited the Maguro No Yakarta fish market and restaurant, for lunch. It’s a great restaurant and retail area. The building looks like a ship with a mast and port holes along with a wheel house.

Next, we visited the amazing Yoroi armour factory, makers of replica Japanese samurai armour. It’s a traditional community factory with all items made by hand on-site.

Suits take one to two months to make, many are produced for young boys as a traditional gift when they reach the age of five. The suits of armour also often feature in films and historical TV dramas. The next day we flew out and so ended my third trip to this very special region of Japan.

I’m not sure if or when I might be back, but if I do, I’m sure there will be plenty more to explore in this endlessly fascinating and beautiful region of the country.

Andrew J Wood is a travel writer and a regular university guest lecturer. A long-time resident of Thailand, Andrew is a former hotel general manager and Immediate Past President of Skal International Thailand. Andrew is also a Director of Worldwide Destinations Asia Co Ltd in Bangkok.