NARATHIWAT: The government and National Office of Buddhism (NOB) are laying out safety measures to protect monks in the southern border provinces after a fatal attack at a temple in Narathiwat that killed two monks and injured two others. 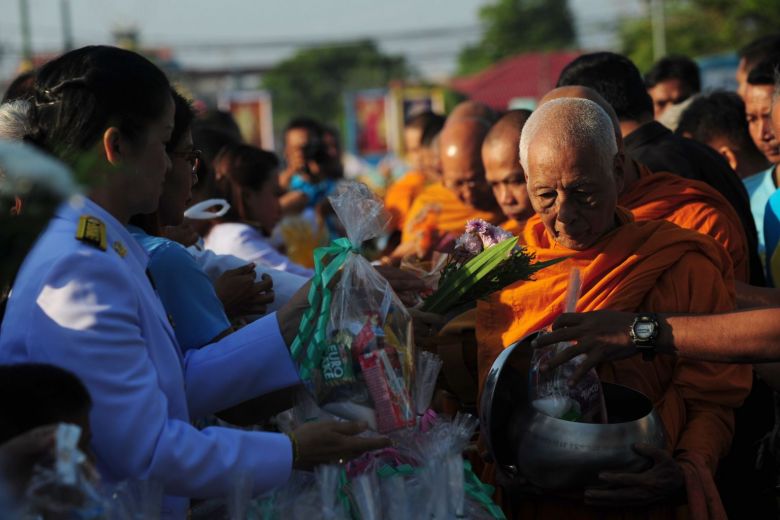 PM’s Office Minister Suwaphan Tanyuvardhana said after an urgent meeting with the NOB on Sunday that short- and long-term measures are needed for the safety of monks and temples in Narathiwat, Pattani and Yala to help them continue their religious duty.

The NOB and security agencies in the three provinces and four districts of Songkhla will work closely to formulate better plans to prevent monks and temples from being targeted by insurgents.

The meeting was held after about 10 armed men sprayed bullets at the cubicles of Wat Rattananuparb in Sungai Padi district of Narathiwat on Friday night (Jan 18), killing temple abbot Phra Khru Prachote Rattananurak and his assistant, Phra Samuh Atthaporn Khun-amphai. Phra Prawate Sookkaew and Phra Tanachote Chumlert were injured but are now out of danger. The late abbot was the district chief monk in Sungai Padi.

The attack by the men wearing military-style black clothing was one of the most horrifying assaults on southern monks in the Muslim-dominated areas.

Mr Suwaphan said the NOB will disperse additional funds to temples in the region to promote religious activities.

NOB director Pongporn Phramsane, who attended the meeting on Sunday, will forward the decision to the Sangha Supreme Council today for advice.

The religious ceremony for the two late monks at Wat Rattananuparb, better known by locals as Wat Khok Ko, is under the sponsorship of the Supreme Patriarch, who is also taking care of the two injured monks. They were transferred from Sungai Padi Hospital to receive medical treatment at  Sungai Kolok Hospital.

All monks in the restive region are allowed to decide whether to continue collecting alms from worshippers. Most temples have continued the practice since the attack, but some decided to allow people to offer food at the temples instead.

Representatives of the Chularatchamontree visited the two injured monks at the hospital in Sungai Kolok district on Sunday to boost their morale. Surin Palare, the secretary to the Islamic Council of Thailand, said the top Muslim leader was deeply concerned by the attack, fearing it could escalate tensions between Buddhists and Muslims. The attackers were trying to drag the religion into the conflict, he added.

Human Rights Watch (HRW) released a statement highlighting that ‘Despite a peace dialogue between the Thai government and separatist groups under the umbrella of Majlis Syura Patani (Mara Patani), BRN insurgents have not ceased attacks on civilian targets.’