PHUKET: The temporary closure for rehabilitation of several famous marine national parks and coastal sites, including Maya Bay and the Similan and Surin islands in southern Thailand, and more recently Samae San island on the east coast, has drawn mixed reactions from stakeholders. 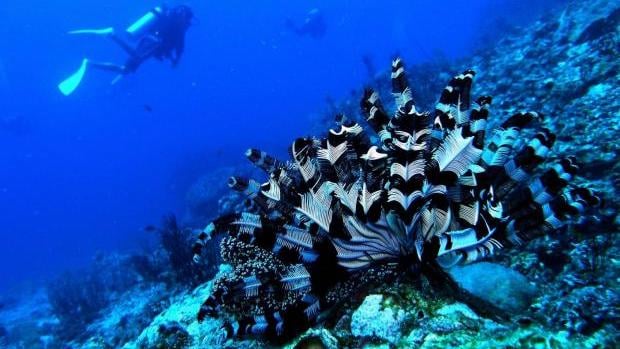 While many praised the ecological recovery plans, local tourism operators have complained that unclear information over the closing plans and the reopening dates put them at a disadvantage.

Phuriwat Limthavornrat, president of the Association of Domestic Travel, said that even though many operators agree with closing marine national parks, they would like authorities to notify them of the duration of the closure and how the places will be restored during the period.

Discussions with representatives from the private sector and the Federation of Thai Industries suggest that whenever the authority wants to shut down national parks it should mitigate the impact on tour operators, Mr Phuriwat said.

The government should inform related tourism organisations in advance, instead of making abrupt announcements.

Authorities should present environmental restoration plans during the closures, such as wastewater and garbage treatment, as well as marine port management and safety standards.

The National Parks, Wildlife and Plant Conservation Department decided in early March to extend the closure of Maya Bay in Krabi province until mid-2021 after a trial closure for one year.

The department also bars visitors from the Similan and Surin islands for five months until mid-October because of the monsoon season.

Environmental conservation groups said the beach closures seemed like the authorities were not really trying to solve the problem.

Polpich Komson, an administrator at digitalay.com, said the government should build public awareness about the sea environment and people’s responsibility to protect this resource, rather than banning visitors from the area.

“The most effective way to protect and preserve environmental resources is to educate the users,” Mr Polpich said.

Limiting the number of visitors at each place and using time slots should be applied to avoid overcrowding and to encourage tourists to visit other sites, he said.

“Most importantly, the state must enforce the law effectively on anyone who breaches the law and harms the environment,” Mr Polpich said.

While the park and beach closings may affect tourism, diving operators say the measure has had little impact on the diving business, thanks to plenty of beaches elsewhere in the country.

Nivach Rungruangkanokkul, owner of DiveDD, said the ban may not affect scuba diving, but snorkelling and skin diving groups normally go into the water near beaches and these activities can damage the ecosystem because of participants’ lack of awareness or if they panic underwater.

He said few dive sites have been closed and there are still plenty of other marine attractions in the Gulf of Thailand and Andaman Sea.

“Some dive sites can be visited year-round, such as the Racha and Phi Phi islands,” Mr Nivach said. “There are plenty of destinations for dive tourism.”

Saruta Luangjame, co-owner of Dive Me Crazy Diving Center, said dive schools should be able to continue their business as usual.

The most important thing for dive schools is to provide more awareness to students to ensure that they won’t wreck the environment, she said.

Last year, the dive industry generated B16 billion in income, with key markets consisting of Chinese tourists contributing B5.2 billion, followed by tourists from Britain and India tallying B860 million and B857 million, respectively.