To the Moon, Mars and beyond

To the Moon, Mars and beyond

In a historic first for all of Southeast Asia, Thailand has made a new footprint in space history as the first Southeast Asian member of the International Space Settlement Design Competition (ISSDC).

EducationTechnology
By The Phuket News 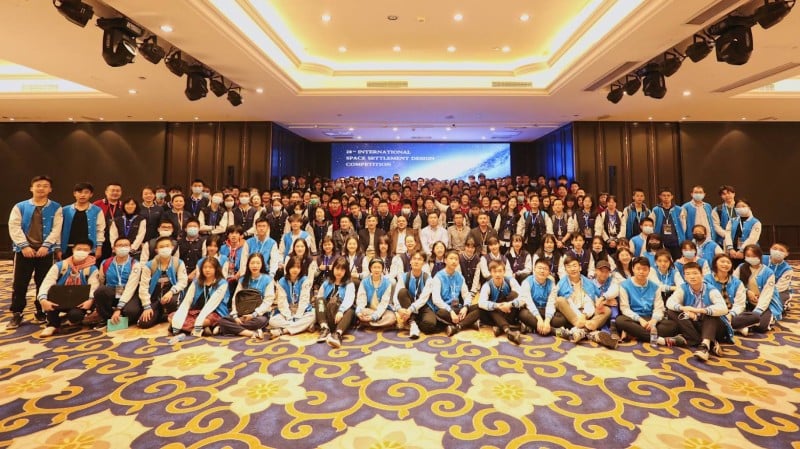 Never before hosted by an Asean country, the ISSDC is a life-changing, exciting international educational initiative which was designed by NASA in 1983, co-staged by NASA and the Boy Scouts of America in 1984 and has since expanded to 35 countries as one of NASA’s most salient legacy educational programs.

On Jan 4, Thailand made history by leading Southeast Asia’s most brilliant teenagers into this prestigious space exploration competition.

The ISSDC is aimed at identifying a nation’s brightest STEM and aerospace students whilst those students are still in high school, and the stunning event provides an early proving-ground for brilliant young minds by way of creating a realistic outer space industry simulation for student engineers who love the space program.

Through a series of energetic game competitions for high-school student teams ranging in age 14-18, the ISSDC has for decades searched for the most rare high school aerospace talent and has subsequently redirected dozens of brilliant students into some of the world’s best universities such as Princeton, MIT, Oxford, Cambridge University, Hong Kong University, and the National University of Singapore, among many other prestigious universities worldwide.

Unlike a typical flight simulator or an interactive museum, the competition puts high-school students squarely into the shoes of the real-life aerospace industry engineers currently designing future settlements in space that would someday be home to more than 10,000 people.

Thai students from all over the Kingdom can form 12-person school teams which then demonstrate the creativity, technical competence, managerial skill, space environment knowledge, teamwork, and presentation techniques that would be needed in real life in order to live on the moon, Mars, or beyond.

Student teams file a proposal much like engineers do in real life and conjugate innovative new ideas to solve the unworldly problems that human settlers would most assuredly encounter on an entirely new planet. Brilliant teenagers are connected with both active and retired aerospace engineers and scientists who help guide the students to finding their own unique insights to technical challenges over a period of several months which lead up to the first Thai National Competition, to be held in Bangkok in November this year.

The registration fee for a student team is B5,000, so for a team of 12 students that comes to a very affordable B415 per student. Participation fees are not yet established for the first Thai National Competition as lodging arrangements are still pending, but the ISSDC-Thailand is run by caring educators who donate their skills to keep costs low enough that any motivated student team can afford to enroll, no matter where they may be in Thailand. All Thai high schools are welcome to participate and Thai student teams are required to have at least one member who can communicate in English on the IELTS 5.5 level (or equivalent).

The ISSDC of Thailand coordinated by a very talented local Thai committee and overseen by Astrium Competitions Ltd. Astrium Competitions is a new educational service provider committed to young aerospace talent development in Southeast Asia, and Astrium’s mission is to help the Kingdom become a possible future hub for Southeast Asian space exploration, as well as a potential hub for aerospace and STEM development among adolescents and primary students residing throughout Southeast Asia.

Thailand’s ISSDC was originally envisioned in 2018 when teams of Thai students started traveling outside the Kingdom to compete in other Asian competitions. Jon Santangelo, Imran Al-Farzal and several representatives of the China ISSDC noticed the rising number of Thai student teams applying elsewhere in Asia. A discussion was sparked and the ISSDC as a whole was firmly convinced that Thailand should become the first Asean nation to become a full member of the global ISSDC family.

Astrium Competitions Ltd was founded in June 2020 to oversee the construction of Southeast Asia’s first ISSDC and is considering ‘a universe’ of new educational opportunities for Thai youths who hold space exploration deep inside their hearts.

The Thai ISSDC is currently chaired by Jason A. Jellison and co-managed by Operations Manager Oranush Kunatirojana. Dr Ian Reide Ph.D is graciously serving as Vice Chairman and the popular foreign teacher Geraldino Palmes is presently serving as the Secretary of the ISSDC-Thailand.

Jason Jellison is the first Chairman of the ISSDC-Thailand and he has taught at some of the Kingdom’s finest high schools such as Suankularb Wittayalai School, Vajiravudh College and Saint Joseph Convent School. He is also well-known among Thailand’s foreign university students and international university lecture circuit for his lectures on law, ethics and philosophy. Born in America (but calling Thailand his second home), Jellison also ran a one-of-a-kind newspaper series called All About Buddhism in The Phuket News for nearly five years. He has been interviewed on Bangkok Channel 11 News, and has also freelanced in the American press with several high profile news, history and opinion articles.

Oranush Kunatirojana is a popular entrepreneur who has spent many years taking teams of Thai high school students into the West on educational tours. She is very popular with Thai young people not only due to her commitment to high quality tours which brim with cultural exchange, but also due to her equal dedication to Thai students of all financial means. She is fully bilingual in English and Thai.

Dr Ian Reide is Vice Chairperson and holds a Ph.D in ancient history from the University of Western Australia. He has been a popular foreign university lecturer in Thailand for many years and also teaches Thais of almost all ages. He has taught in numerous Southeast Asian countries, holds numerous advanced university degrees and was one the earlier computer programmers in the I.T. field.

Geraldino Palmes serves as Secretary of the Thai ISSDC Committee and is an acclaimed foreign educator hailing from the Philippines. Speaking both effortless English and equally smooth spoken Thai, Palmes is fully bilingual, a gifted educator beloved by Thai students of all ages, and holds a Master’s Degree in Educational Management.

On Jan 4, Thailand took a very important step for mankind as it became the first Southeast Asian nation to join this prestigious NASA legacy educational initiative for teenage geniuses. Yet, whilst this may be but a modest step in the history of space exploration, it is yet another crucial step towards placing Thai astronauts on the moon, Mars and beyond.

Too many people think the good times will never stop and keep getting even better so they hock thems...(Read More)

Dare I say that most of the illegal drugs that come to the island only get here with the blessing of...(Read More)