Time to get cooking

Time to get cooking

Kids from five international schools across Phuket will be competing for a chance to spend a day in the kitchen learning from an Iron Chef this month. This extraordinary opportunity for young gourmets is the top prize at a culinary competition being hosted in Kathu, on the campus of QSI International School of Phuket (QSIP), on Saturday, March 13. 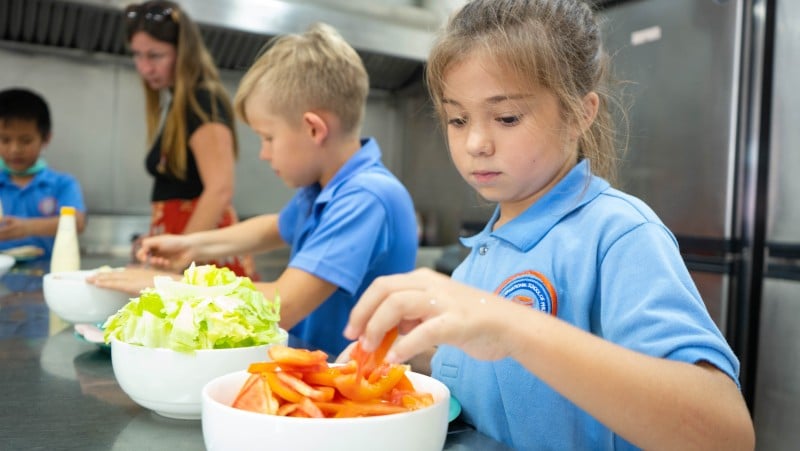 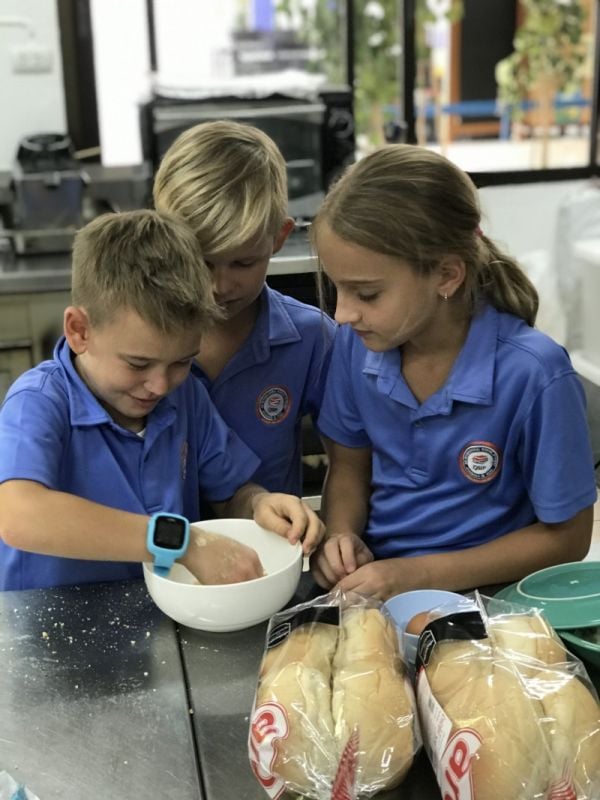 The competition is part of a wider family event for students, teachers and parents from around the island. It gives students the chance to flex their creativity and show off a skill set that they do not generally get many opportunities to demonstrate to their peers at school.

The event, which is sponsored by The Phuket News, Villa Market and Kids Meals Phuket, will start at 10:30am with an hour-long competition between the junior teams, aged 11 and under. Each team will have a maximum of five students and a maximum budget of B1,000 to spend on their uncooked ingredients.

After that, the senior students get to show what they can do. As with the juniors, each team of 12- to 18-years-olds can have up to five participants. However, while they get more cooking time, they also have more demanding targets. Not only do they have to prepare their own unique signature dish, but they must also replicate a complex, mango-based, professional-grade recipe provided by a chef, all within 90 minutes.

The judges these young cooks need to impress are Adam Goodman from Kids Meals Phuket, Davide S from the four-star Katathani Phuket Beach Resort in Kata Noi and Pablo Rene from the acclaimed DeDos Restaurant in Cherng Talay – one of the finest French eateries on the island.

This will be the fifth annual culinary competition held at QSIP since 2017. The event was started by QSIP teacher, the late Mr Warren Murray, after a successful food fair, in conjunction with Chef Noi from Positive Kitchen. It was intended to allow students to show off their culinary skills and compete against other schools on the island – a goal that it has consistently lived up to.

Tune into Live 89.5 on Saturday, March 13 to hear a live broadcast of the contest and to hear who wins!