FORMULA ONE: Thailand’s Alex Albon has little more than a week to convinced Red Bull Racing to keep him in his race-winning seat or potentially face the F1 wilderness. 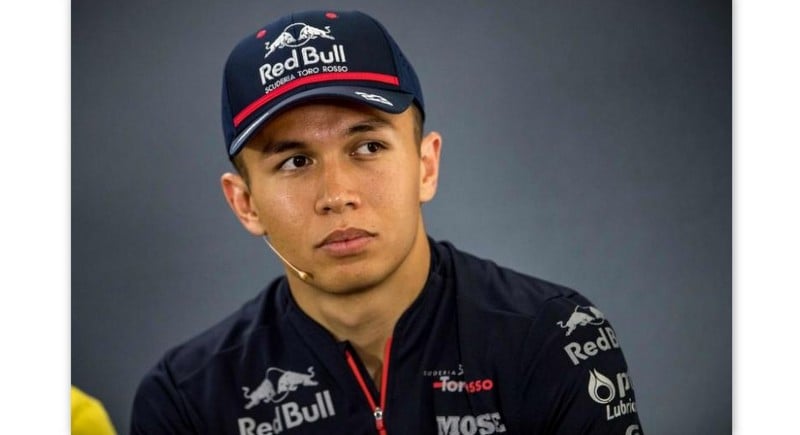 Alex Albon’s future is in his own hands. But the clock is ticking. Photo: AFP.

Alex Albon might have the toughest gig in Formula One.

On the one hand the 24-year-old has a plum seat at Red Bull Racing, one of only two teams capable of contending for victory.

But on the other the man in the adjoining garage is Max Verstappen. Arguably as quick as the all-conquering Lewis Hamilton and with the single-minded ferocity characteristic of all great champions, the Dutch sensation sets an extraordinarily high bar.

Albon, in only his second season of Formula One, never really stood a chance.

But the Thai driver isn’t being asked to beat the more experienced Verstappen. He isn’t even being asked to match him. Albon’s task is simply to qualify behind Max and finish in tow - to be close enough to trouble Mercedes when the RB16 is competitive and bank solid points when it isn’t.

Even on this metric Albon is yet to convince.

On average this season he has started five places - and around half a second - behind his teammate and they’ve finished second and seventh in the race.

Max has made it onto the podium, including once to the top step, every time he’s finished. Alex has a solitary rostrum appearance to his name.

The championship results summarise: Verstappen is third on 147 points while Albon languishes in seventh on 64 points behind both Renault’s Daniel Ricciardo and McLaren’s Lando Norris, two drivers with cars that ought to have no business bothering a frontrunner.

It wasn’t meant to be this way.

Albon enjoyed a meteoric first season, turning in drives strong enough in his first six months with junior team Toro Rosso to warrant midseason promotion to Red Bull Racing. There he finished all but one race in the top six, which was on target for what was the third-fastest car at the time.

And 2020 started strongly too. In the unreliability-riddled opening race of the season he was on track to claim victory before he was punted off the road by Lewis Hamilton struggling for grip. Except for his breakthrough podium, that race has so far been his season highlight.

In Albon’s defence Red Bull Racing has delivered a fiendishly difficult car to drive. Team boss Christian Horner has admitted as much, and while Verstappen’s driving style is less affected by this capriciousness, Albon’s inexperience has made him especially susceptible. Resultantly the team has been notably less willing to criticise him in the way they did Pierre Gasly last season.

But clearly the car isn’t undriveable, and with optimism next season’s car might be a title contender under stable regulations, the occupier of the second seat will be critical to dethroning Mercedes.

“It is actually impossible for a world championship if you only have one car in the action,” Red Bull motorsport advisor Helmut Marko told German TV, adding that he wants a decision made in November after the upcoming Portuguese and Emilia-Romagna grands prix.

So high are the stakes that for the first time drivers outside the junior program are being considered, not least the immensely experienced Sergio Perez and Nico Hulkenberg, the latter thrice impressively substituting at Racing Point this season.

But Albon has time on his side. Red Bull Racing is the most competitive seat realistically available, and the team would prefer to keep a driver they’ve invested in - and save face in the process.

“Primarily it is the performance of Albon,” Marko said.

Alex Albon’s future is in his own hands. But the clock is ticking.