PHUKET: A driver and his two passengers escaped serious injury this morning when the car they were travelling in struck a street lamp and overturned on the bypass road in Rassada early this morning (Oct 4). 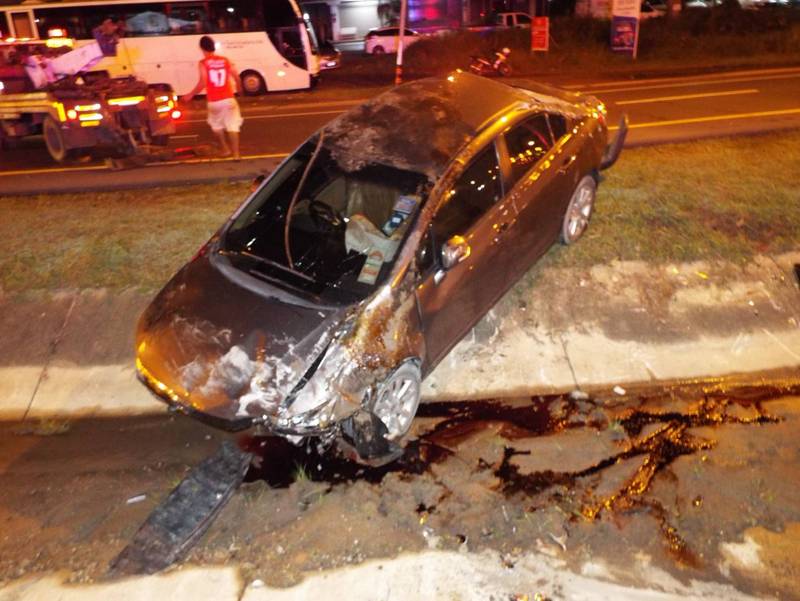 Lt Col Chaliao Taihoo of the Phuket City Police was notified at 4:30am.

At the scene, on the northbound lanes near the Shell petrol station, officers found a grey Bangkok-registered Honda car overturned in the drainage ditch in the middle of the road.

The two male passengers in the car were reported as having minor injuries from the accident and the driver was reported as suffering no injuries at all.

The driver, who police did not report as foreign or Thai, was taken to Phuket City Police Station for questioning.

No other details were made available by police, who said they were continuing their investigation.