The concept of ‘siwalai’ emerged as Western styles mingled with Thai

The concept of ‘siwalai’ emerged as Western styles mingled with Thai

You may have come across the term siwalai in some way or other during your time in Thailand. The Phra Thinang Boromphiman, inside the Suan Siwalai, was the first building inside the Grand Palace complex to be designed to accommodate carriages and motorcars. Photo: Andreas Hörstemeier 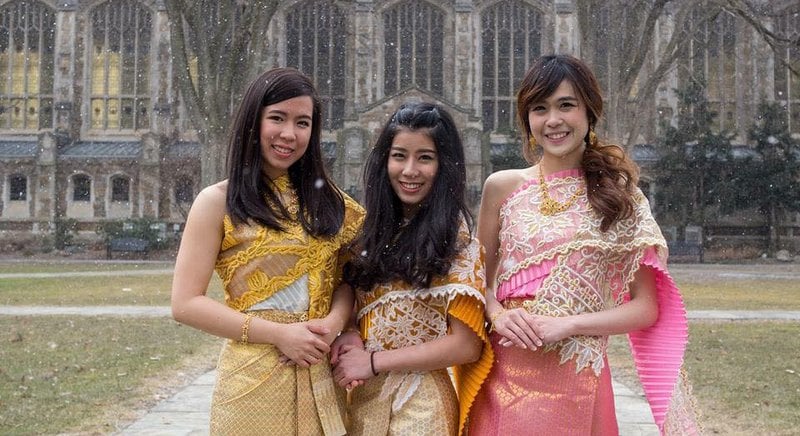 Just think of the siwalai dress that I’ve dealt with in this column before in the context of traditional Thai dresses or the Siwalai Garden (Suan Siwalai) which is situated in the Grand Palace, Bangkok.

The Siamese notion of siwalai was first introduced in the reign of King Mongkut (1851-1868) and can be regarded as a modified version of the English word civilized.

Thus, the meaning of this term ranged from etiquette, to material progress, in the sense of new bureaucracy, infrastructure, electricity, judicial system as well as dress codes, grooming and appearance.

However, it is interesting to note that the Siamese quest for “civilization” was primarily a transcultural process in which Western practices and ideas were adapted, transferred and incorporated into the Siamese setting.

In other words, this led to a phenomenon where Western and Siamese aspects were mixed and combined together. For instance, this is shown in clothing: ladies of the court had assumed the hybridized fashion of combining Victorian lacy, high-collared blouses with traditional jongkraben pantaloons (wrapped trousers). Queen Saowapha (also written Saovabha) who was the chief consort of Chulalongkorn also wore this kind of mixed fashion.

For this reason, siwalai might be regarded as a technique that could provide Siam with equally civilized standards to the West. Nonetheless, in addition to its use as a display of civilized standards to the West, it also served as a local legitimisation for the symbolic powers of the Siamese elite. That is to say that there was a gap between a siwalai Westernised public domain and a private domain which remained Thai and local.

However, generally we may say that the quest for civilization served as a project for self-confirmation as well as of constructing occidentalised images of Siamese prestige. Thus, we may also claim that Siamese concept of siwalai was never intended to be an attempt to imitate all features of Western civilization.

It is more the case that distinctively Western features were adapted in order to create something new that was nevertheless completely Siamese. Hence, things and aspects labelled as civilized were considered as prestigious and authoritative.

Referring back to the example of fashion, over the years many Western styles of dress were adapted to fit in a new Siamese style considered as “civilized”. It is interesting to note that today, in an apparent rejection of this gradual Westernisation of Thai fashion, a group calling itself ‘Siamese Fashionista’ tries to encourage young Thais to dress in traditional clothes.

Finally, we may claim that siwalai was in fact a kind of elite mimetic resistance to the West and not an attempt of “farangisation” and Westernisation respectively.

To learn more about the interplay between Thai and Western culture read Rachel Harrison’s The Ambiguous Allure of the West – Traces of the Colonial in Thailand.

To read the original story, and many more, be sure to check out Sirinya’s blog: sirinyas-thailand.de