VOLLEYBALL: Thailand women's volleyball team suffered yet another heartbreak as their quest for a first ever Olympic appearance ended in defeat in Nakhon Ratchasima last night (Jan 12). 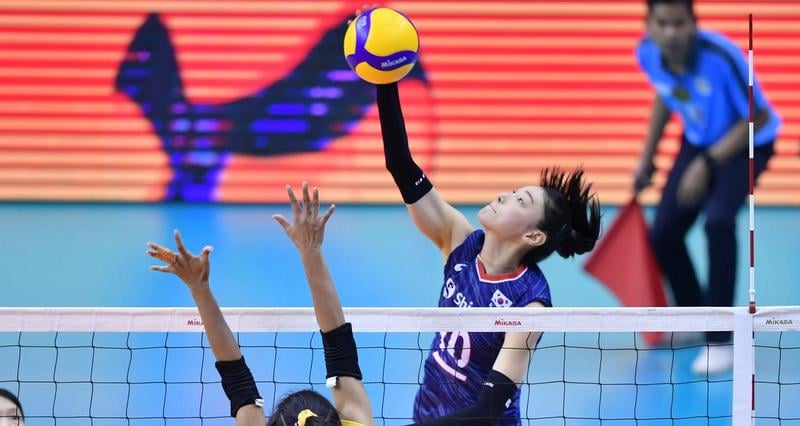 South Korea captain Kim Yeon-Koung, who did not play in the semi-finals citing an injury, was back in the starting line-up. She was the team's top scorer with 22 points while Lee Jae-Yeong had 18 points.

I'm very proud of my team tonight,” said Kim after her team wrapped up the match in one hour and 30 minutes. “I was very sorry I couldn't play in the semi-finals but I'm very happy tonight.”

Only the winning team from the Asian qualifiers earned a ticket to Tokyo 2020.

The Koreans will join qualifiers from Europe, Africa, South America and North America at the bienniel tournament.

After missing out on the Olympics, some of the senior players in the Thai team will likely call time on their international career.

Other players such as Nootsara Tomkom, Onuma Sittirak and Malika Kanthong, who are all in their 30s, have yet to decide on their future.

Thailand captain Nootsara, who hurt her ankle during the semi-final match against Kazakhstan on Saturday (Jan 11) and was seen wearing protective brace, started the match but was replaced by Pornpun Guerdpard in the second set.

Thailand came through the pool phase with two successive wins while the Koreans also won all three of their pool matches.

Both teams dropped a set for the first time in the semi-finals. The Koreans lost the opening set against Taiwan before winning the next three while the Thais lost the third set in their 3-1 victory over Kazakhstan.

In the European qualification in Apeldoorn, the Netherlands, Turkey and Germany were due to meet in the final late last night.