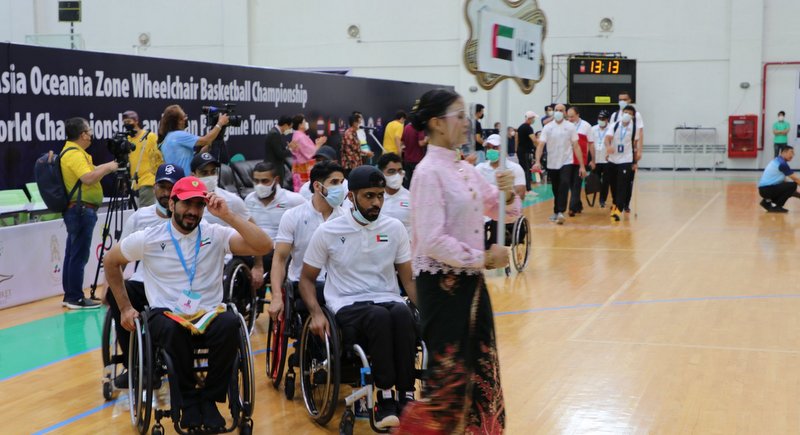 The Thai men’s team made it to the semi-final of the tournament, played at the Prince of Songkla University Sports Complex in Kathu last Friday (May 27), where they lost to Iran 74-46.

Despite losing to South Korea 68-50 in the bronze medal match on Saturday, the team still qualify as one of the final four placed teams. The IWBF World Championships takes place in Dubai this coming November.

The Thai women’s team fared less successfully as they finished bottom of the the round robin group, losing five of their six games.

The opening ceremony at Prince of Songkla University Stadium, Phuket Campus on May 21 was presided over by Phuket Vice Governor Pichet Panapong and President of the Thai Wheelchair Basketball Association Phatthaphan Kritsana.

Mr Phatthaphan commented that he hoped qualification for the World Championships in Dubai would prove added motivation for the Thai teams to perform at their maximum capacity as efforts continue to develop wheelchair basketball in the country.
In the men’s final Australia 56 beat Iran 50 in a tightly-contested match. Despite trailing at half-time, the ‘Rollers’ hit back with Tristan Knowles leading the way and scoring 21 points in the final.

Mohamadhassan Sayari’s 20-point haul for Iran was not enough for gold, but did help him to earn the men’s most-valuable player award for the Championships.

Australia’s women ensured a double success for the country as they beat Japan 54-46 in the winner-takes-all final round robin clash.

Amber Merritt scored a sublime 40 points in the final, and was later named the Championship’s most valuable player.