FOOTBALL: Thai players reported to the training camp yesterday (Nov 29) as they began preparations for the AFF Suzuki Cup which starts on Sunday (Dec 5) in Singapore. 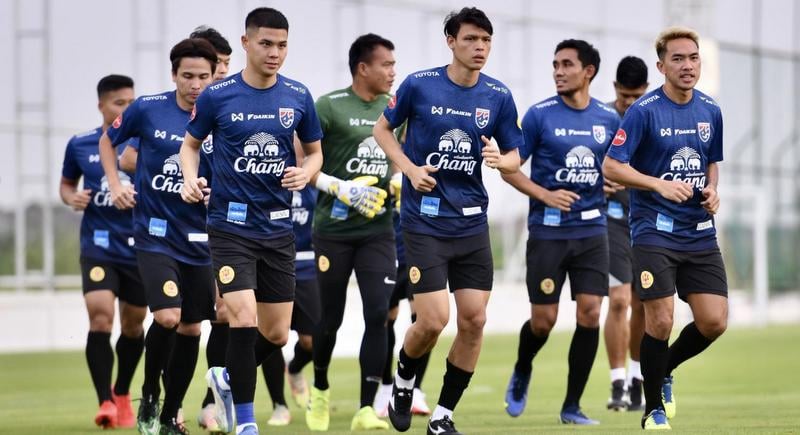 In his first assignment as Thailand coach, Mano Polking has called up 30 players for the tournament, reports the Bangkok Post.

A total of 24 players showed up yesterday while the rest will join them later.

They all had COVID-19 tests at the Health Ministry before entering the camp.

Despite a short preparation period, Polking is confident that the War Elephants will win the Asean title.

“This team is good enough to bring the trophy back to Thailand,” said the German-Brazilian coach.

He said he wished to have more time to prepare the team for the Dec 5-Jan 1 Suzuki Cup.

“But this has happened and we have to accept it. We can’t change anything now. We have to get on with what we have,” said the former Bangkok United coach.

The other teams in Group A are Singapore, Myanmar and the Philippines.

Defending champions Vietnam are in Group B with Malaysia, Indonesia, Cambodia and Laos. The top two teams in each group reach the semi-finals.

Japan-based stars Chanathip Songkrasin and Theerathon Bunmathan will not be available for the first match due to their club duties. “They are our main players but I believe other players are hungry to play and capable of replacing the two,” said Polking.

The biennial championship was to be held in 2020 but was postponed to this year due to the COVID-19 pandemic.