BANGKOK: Thailand’s tourist arrivals reached 7.11 million during the first two months of 2018, according to the Ministry of Tourism and Sports’ latest tourism performance data. 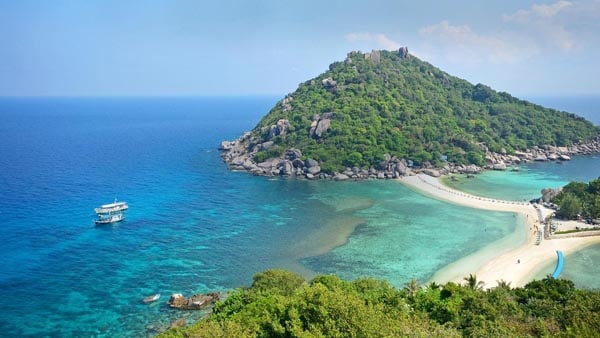 The government is identifying 'tourism clusters' in its plan to push tourism to 55 provinces beyond the country’s main destinations.Photo: TTR Weekly

Over the first two months arrivals grew 14.94%, though the arrivals data includes all travel purposes counted at immigration checkpoints and not just tourism-related trips.

The checkpoint count, including air, sea and land, was up by 19.29% in February alone, due to the Chinese New Year falling in February as opposed to late Jan 2017.

The top three supply markets so far this year are China, Malaysia and Russia, generating revenue of B382 billion, an increase of 16.38% year-on-year.

The ministry claims tourism will generate B3 trillion in revenue this year: B2trn from foreign tourists and B1trn from domestic tourists.

During a meeting of the National Tourism Board, earlier this week, tourism officials said building tourist confidence in the country and ensuring security and safety measures were priorities.

With more than three million tourists in the country every month, safety and raising the standard of land and sea transport was a priority. The ministry is also expanding its role in destination management, starting with comprehensive carrying capacity studies for all major destinations.

At the same meeting, the board revived a project known as the “Royal Coast or Thailand Riviera”, a reference to a stretch of the Gulf of Thailand from Hua Hin to Chumphon province, just north of Koh Samui.

Studies dating back to 2006 identified potential a string of resorts along the west coast of the Gulf of Thailand that would require improvements to infrastructure to become popular beach destinations. The term “Royal Riviera” was coined as some of the resorts had historical links to Kings of the present Chakri Dynasty.

The government has now decided to resuscitate the plan and is also identifying so-called tourism clusters in its plan to push tourism to 55 provinces beyond the country’s main destinations.